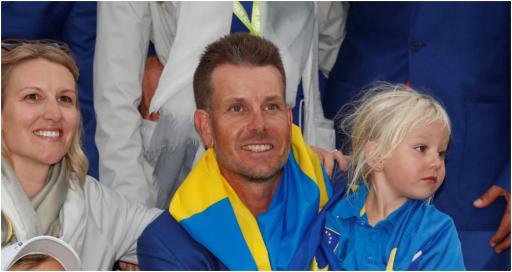 When Zach Johnson was named as the Ryder Cup captain for the United States it was one of the worst kept secrets in golf.

The United States wanted to keep the continuity that delivered them such astonishing success at Whistling Straits.

Who better than Johnson to keep Steve Stricker's good work going. He's well-liked by his peers and was integral in their 19-9 win.

Which leads us to Ryder Cup Europe. Henrik Stenson will lead the troops in 2023 at Marco Simone Golf & Country Club in Rome.

It's Iowa versus Gothenberg. The naming of Stenson was surprising considering his strong links to the Saudi golf league.

It was rumoured that Stenson was delivered an ultimatum: either commit to the super league or choose the captaincy. Not both.

The behind the scenes rumblings have reportedly been going on for some time. It led to the emergence of Luke Donald as favourite.

Paul Lawrie, too, was in the mix. As was Robert Karlsson, Graeme McDowell, Ian Poulter and Lee Westwood.

But the five-man selection committee chose Stenson. Stenson told Sky Sports that he was one of four men interviewed.

He reportedly flirted the idea of being a playing captain, but that wasn't feasible.

Instead, he accepted that his playing days may be over but he is looking forward to going out on the ultimate high.

Who was on that panel?

Keith Pelley, the chief executive of the European Tour group