Henrik Stenson says he is willing to resort to extreme measures to prove he didn't lie about using his Ryder Cup captaincy to increase his LIV Golf offer. 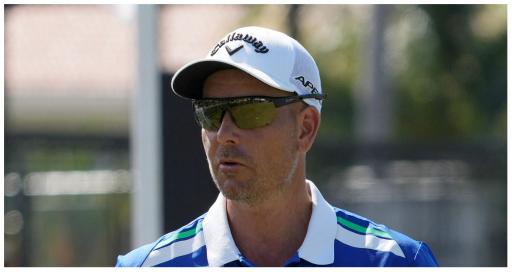 Henrik Stenson, who was sacked as Ryder Cup Europe captain in July after accepting an offer to play on the LIV Golf Tour, has claimed he would be willing to take a lie detector test to disprove suggestions he used the role to leverage a better offer from the breakaway tour.

Speaking to Riath Al-Samarrai for Mail+, the Swede claimed "with 100 per cent honesty" that was never the case.

The 46-year-old former Open champion reportedly accepted an offer in the region of $40m to join Greg Norman's upstart.

This was after reportedly accepting the Ryder Cup Europe captaincy on the condition that he wouldn't join LIV.

Stenson has already tasted victory on the LIV Golf circuit. He won on his debut in Bedminster in July, scooping $4m.

Then he hit out at Ryder Cup Europe HQ, claiming that he "played like a captain".

He was also axed by the Swedish Golf Federation over his LIV decision. Their secretary general claimed Stenson could no longer be a role model for children.

It was a decision Phil Mickelson later described as "foolish".

Former World No.1 Luke Donald replaced Stenson and will lead the Europeans in Rome next September at the Marco Simone Golf & Country Club.

"I can give you a 100 per cent honest answer that it was never the case [using leverage]. I would be willing to take a lie detector test on that.
"I am happy with where I am at. I thought that through in more than one afternoon. I managed to get a win straight out of the box and I am looking forward to next year. I am enjoying being with the guys on this tour.
"We are playing together, travelling together and it has a different vibe to regular life on tour that I did for many years. That was great, but I enjoy this.
"I am getting the off season I have wanted for 17 years. I am looking forward to that, getting strong and healthy in the gym and getting ready for the new season in February."

The aforementioned Donald still remains largely in the dark about what his Ryder Cup side will look like.

He admitted to feeling a little bit in limbo as the DP World Tour waits to find out if they are able to prohibit LIV Golf players from participating in their events.

Donald does have the luxury of having six captain's picks, though.

However, Donald claimed that LIV Golf animosity would be swept aside when the two sides meet. "No one individual is bigger than the Ryder Cup," he previously said.

LIV Golf are playing the final event of their inaugural season in Miami this week.

New World No.1 Rory McIlroy has caused a bit of a stir once again after claiming he felt a little bit of "betrayal" by some of the Ryder Cup Europe stalwarts' decision to join LIV Golf.

Reacting to his comments, Ian Poulter - known as The Postman for Team Europe - admitted surprise at the Northern Irishman's words.