LIV Golf Team Championship in Miami: How does it work?

The LIV Golf Team Championship at Trump National Doral Golf Club will feature all 12 teams trying to win the lion's share of the $50 million. 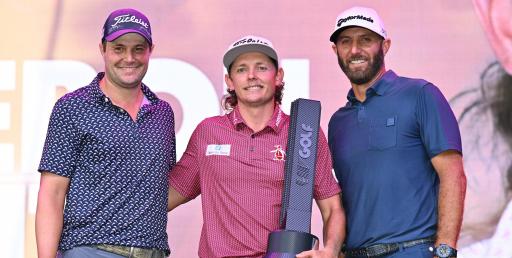 The LIV Golf Team Championship will begin on October 28 and we have now found out which teams have advanced straight into the semi-finals at Trump National Doral Golf Club.

After Brooks Koepka completed an emotional playoff win over Peter Uihlein on Sunday, winning $4 million at the Jeddah Invitational, the final team standings were decided.

4 Aces, Crushers GC, Fireballs and Stinger GC are the four teams who have received a bye into the next stage. The other eight teams will play for the chance to reach the last eight.

The Team Championship is an extremely complicated but unique event which has a staggering $50 million prize purse on offer. $16 million will go to the winning team while the 12th-place side will still bank $1 million.

They have been the dominant force and will likely be the favourites to take the title in Florida. However, there is a lot of golf to be played in what is an unprecedented format.

The teams seeded 5 to 12 will compete in head-to-head match play competitions in the quarter-finals (October 28). The highest-ranked teams will select their opponents. For each match, three matches will happen: two singles matches and a foursomes match.

There are no ties and each match will go until someone wins. Each match delivers a point and the teams earning two points will advance to the semi-finals (October 29).

This is where the top four-seeded teams come in. They will select their opponents and they will compete in the same format as the quarter-finals: two singles matches and one foursomes match.

Again, each match is played until a winner emerges and the four teams that earn two points will advance to the final on October 30.

The final four teams will compete in a shotgun-start round of stroke play. All 16 players will participate in two-balls and the captains play together. All four scores count towards the team's score and the lowest collective score will take the title.