Some of the best golfers in the history of the game have become Ryder Cup captains, but according to research conducted by Betway, were they successful leaders? 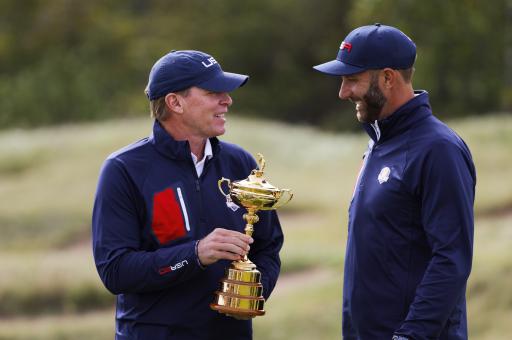 The Ryder Cup is a very different concept when compared to the PGA Tour and the European Tour and the success that some golfers experience do not always mirror their matchplay record.

Tiger Woods and Phil Mickelson will go down as two of the greatest to ever play the game, but both have lost more Ryder Cup matches than they've won.

But what is extremely interesting is the consideration of the success that great players experience as players, compared to their efficiency as team captains.

Having the confidence to hole a match-winning putt under pressure doesn’t necessarily mean someone will be able to inspire others to do the same.

There are five European players to have scored at least 20 Ryder Cup points and gone on to captain the team: Seve Ballesteros, Bernhard Langer, Sir Nick Faldo, Colin Montgomerie and Jose Maria Olazabal.

Of those five, only Faldo failed to win the Ryder Cup, as his European side lost 16.5 - 11.5 in 2008. Langer and Olazabal guided Europe to victory on US soil.

Of the 10 captains to have won the Ryder Cup for Europe, seven possessed a points percentage of at least 50 per cent, and eight had won at least 10 points over the course of their playing careers.

While the best European players have generally also made great captains, that’s not necessarily been the case for the Americans.

Tom Kite, Jack Nicklaus, Lee Trevino, Lanny Wadkins and Billy Casper are the five most successful American Ryder Cup players who went on to become captains. All five won at least 17 points in their careers and had points percentages over 60 per cent.

Between them, however, they won just two of the six Ryder Cups in which they were captains. In fact, none of the three men who have captained the USA to victory since 1999 were particularly great Ryder Cup players.

Ben Crenshaw led the USA to a famous 14.5 - 13.5 win at the ‘Battle of Brookline’ in 1999 despite coming in with arguably the worst playing record of any captain since the Ryder Cup became USA v Europe in 1979.

This is an absolutely fascinating study conducted by Betway and what is also fascinating is that the 2021 captains, Padraig Harrington and Steve Stricker, don't have amazing records in the event either.

NEXT PAGE: THE BEST PETER MILLAR GOLF TROUSERS BEFORE THE RYDER CUP!