The match between Viktor Hovland and Collin Morikawa could be a peek into the future of Ryder Cup matchups in the coming years. 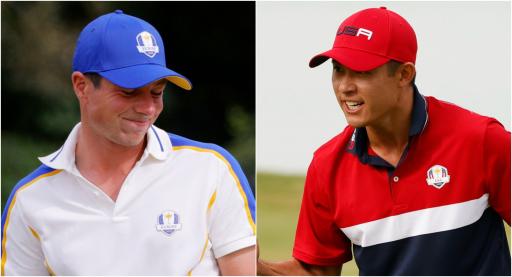 The American side of 2021 is arguably the best that they have ever produced and this transposed into the record-breaking scoreline of 19-9.

The European team were valiant and passionate in defeat, but they simply couldn't hold back the constant waves of pressure applied by Steve Stricker's side.

It was just America's fourth win in the last 13 renewals of the event, but the matches at Whistling Straits could prove to be a significant turning point in the history of the tournament.

Not only are the best American players young and fresh-faced, but many of them are also major champions and multiple PGA Tour winners who have performed beyond their years already.

In terms of predicting the teams for the 2023 Ryder Cup in Italy, it is a tough task, but as for the European team, we may well have seen the last of the core that has run through the side for almost two decades.

Lee Westwood, who holds the record for most matches played at the Ryder Cup, admitted that he may well have played his last match at the event.

Sergio Garcia, the leading points scorer in the history of the Ryder Cup, is now 41 and Ian Poulter is 45, so there is no guarantee that they will maintain their performance levels by 2023.

I believe the likes of Jon Rahm, Viktor Hovland and Tyrrell Hatton will continue to light up the tournament in the future, but Europe need fresh, young faces to match the exuberance of the American team.

Two years is a long time and it is enough time for players such as Italian Guido Migliozzi, Rasmus Hojgaard and Robert MacIntyre to meet their full potential.

Here are our predicted lineups for the 2023 Ryder Cup at Marco Simone Golf and Country Club in Italy.

Do you agree with any of our picks? Share your thoughts and comments over on our social media channels.