The Postman is under more pressure than ever to deliver for Padraig Harrington's European side at Whistling Straits - but would he be better suited to a vice-captaincy role? 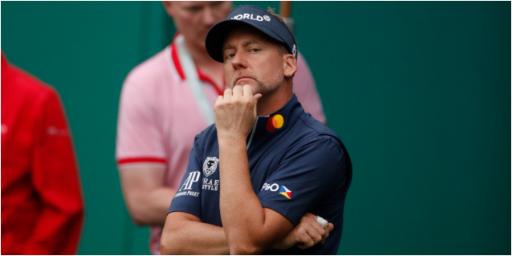 It was a proud moment to know that if I hole this putt, it might help our team be filled full of energy to go out on Sunday to win.

These are the words Ian Poulter, Europe's Ryder Cup icon and talisman used to describe his famous putt on the Saturday at Medinah.

Europe were down and out. Gone. It was going to be a whitewash and that champagne on ice was ready to be opened for the Americans.

Of course, we all know the story. Poulter drains it after a couple of looks and a couple of practice swings after stalking the hole.

Paul McGinley raises his arms. G-Mac high fives the rest of the team. Jason Dufner and Zach Johnson are knocked for six.

Cue elation. The crowd goes bananas. At 10-6 down, the seeds of doubt are sowed into the American's minds. Nerves are jangling.

That familiar face. Eyes popping. Chest expanding. Get in, Poulter shouts. Get in.

His run of five consecutive birdies alongside Rory McIlroy was enough to get the Europeans only four points down going into the singles.

Now, Poulter, the self-anointed Postman who always delivers will look to do it all again. One last time.

There is so much pressure on Poulter. Everything, everything is not really in his favour.

It is a monster course. A bombers course it has been described. It's September in windy conditions. 8,000 yards.

It is a stacked American team.

At 45 years of age, this might be one step too far for Poulter.

Five wins in six appearances for the Europeans, but the fifth time Poulter has needed a captain's pick to get in and beat his chest once more.

There's only one Ian Poulter.

Not even a late run by Justin Rose could persuade European captain Padraig Harrington to rethink his side.

"I'm not sure what the secret is, to be honest, but I come into the team room with the mindset of adrenalin, determination and passion above all," Poulter told Sportsmail.

That's all very well and good but you do have to be playing decent golf coming into the Ryder Cup.

In years past, Poulter has been in better knick.

Harrington was perhaps clutching at straws when he suggested Poulter has been playing the best golf of his life.

Earlier in the summer, Poulter reportedly sat down with Paddy over dinner and discussed his inclusion.

Go out and play some good golf this summer, Harrington allegedly told Poulter.

Has he done enough?

I'm not so sure, but I hope Poulter can prove me wrong again. He's developed quite a habit for doing so.

He's not got the best record (three visits) at Whistling Straits when he's played there.

But he's Ian Poulter, with an overall Ryder Cup record of 14-6-2 and undefeated in the singles.

"To see the relief out of Jose's face and his body... it was just like this mass build up of 'we've done it,'" Poulter said of the Miracle in 2012.

"To share that moment with him, it was the most magical moment that I could possibly ever want, for me it was surreal."

Here's hoping Poulter can say something similar of Harrington and his European team mates he loves so dearly.

While his enthusiasm and passion for the Ryder Cup will always remain undiminished, can he outwit this American side again?

NEXT PAGE: PATRICK CANTLAY BEATS JON RAHM TO PLAYER OF THE YEAR