Padraig Harrington on Ryder Cup: "Europeans need not turn up"

European captain Padraig Harrington believes that if a computer determined the result of the Ryder Cup, America would win comfortably. 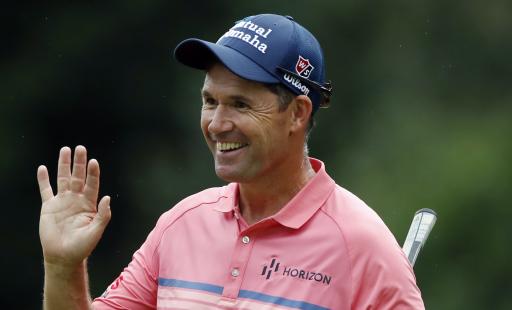 European Ryder Cup captain Padraig Harrington said that if the result of the event was determined by a computer, then Europe "needn't turn up."

Speaking to Golf Channel, Harrington discussed Europe's underdog status and the strength of the US team, which contains six major champions and eight of the world's top 10 players.

Although the European side will enter the tournament as the underdogs on away soil, Harrington believes he has 12 good "ball-strikers" who all have the right to contribute.

"It’s pretty clear this time if you look at the world rankings. If it was a computer generating the result, the Europeans needn’t turn up," said Harrington.

"But there is more to it than that. We pull together, we get the most out of our team, which is slightly different this time. I have seen teams in the past where players will be hidden in the team, this is a very balanced European team.

"My toughest job as captain is to try and balance out the fact that I have got 12 good players and there are no obvious candidates in terms of if they're good foursomes or fourball players."

"It's a very strong and balanced team and everybody has a want and a will and a right to play every match, but that's not possible obviously."

The three-time major champion has received some heat for not selecting Justin Rose as one of his wildcards, as the Englishman finished in a tie for 6th at Wentworth at the weekend.

Harrington hinted that Poulter and Garcia were going to be chosen regardless of what happened at the European Tour's flagship event, so it seems Lowry has been given the nod over the 2013 US Open champion.

Tyrrell Hatton, Lee Westwood, Matt Fitzpatrick and Bernd Wiesberger earned their places on merit to complete the 12-man side set to take on Steve Stricker's US side at Whistling Straits.