Ryder Cup aftermath: Ian Poulter keeps his record but is this the Postman's end?

"We have a good young team. We have a team of good young players who will take this forward for many years." 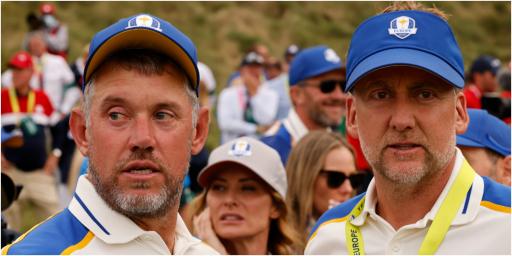 Two European giants of the modern Ryder Cup era were reduced to tears after a woopin' at Whistling.

There was no stunner at the Straits' or wonder at Whistling but instead a barrage of red, white and blue and star spangled banners.

Ian Poulter and his pal Lee Westwood both salvaged some much needed pride after winning their singles matches on Sunday.

Poulter took down Tony Finau 3&2 to remain undefeated in the singles in his Ryder Cup career, spanning 17 years and five victories.

While his compatriot Westwood appeared to be in two minds about what path he wants to go down after his singles victory.

But it was not enough as Team Europe were reduced to the heaviest defeat in the biennial event since the 1970s losing 19-9.

Play on or go into semi-retirement? That was the question to a visibly emotional Westwood who won his 47th match against Harris English.

The same question was also on the quivering lips of Poulter, who in the aftermath of defeat launched a passionate defence of his captain.

He said: "The toughest bit about all of this is this is going to be hard because Paddy will be questioned and that is not fair.

"He has done a great job but we have been outplayed. To what he has given to his captaincy he has done a really nice job."

"Today was to give something back. You just don't know if you get the opportunity to go again."

The #TeamEurope legend reflects on a difficult few days, and has warm words for Pádraig Harrington pic.twitter.com/vP6qjg4l9X

The next question for Poulter was about his future and to his credit he looked like he all but confirmed this was the end.

"As a senior player in the team you don’t really think there is many more left. I wanted to come here this week and give everything and in the first two days I didn’t manage to do anything.

"Today was to give something back but you just don’t know if you get the opportunity to go again.

"We have a good young team. We have a team of good young players who will take this forward for many years."

Europe will attempt to wrestle back the Ryder Cup in two years in Rome.

Poulter is now 45 and while he'll never lose his fight it is probably one step too far.

Don't cry because it's over Ian.

Smile because it happened.

NEXT PAGE: TIGER WOODS SENDS HIS MESSAGE TO WINNING US TEAM