After America won the Ryder Cup, Lee Westwood admitted that he may have played his final match for Team Europe. 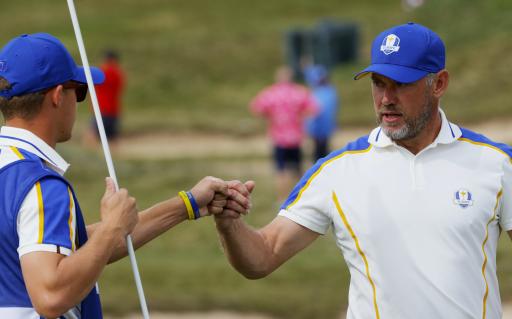 Sometimes, a player's longevity in the game can be measured by how long they have played on the PGA Tour or by how many wins they have had in their career.

Another variable is how many Ryder Cups they have played in. Lee Westwood ticks all of the boxes in all criteria which is why he will be remembered as a European great.

In terms of results, Westwood's last two Ryder Cup appearances have not been memorable. However, he managed to secure a victory over Harris English on the final hole at Whistling Straits to claw back some pride for Padraig Harrington's team.

They were beaten 19-9, a record margin, but the 48-year-old Westwood managed to spend it with his son Sam, who caddied for him in Wisconsin.

"That match I played this afternoon, that might be the last match that I play in the Ryder Cup. I'd rather it wasn't, but I'm 49 next April, so the likelihood is that it is.

Winning is everything to players like Westwood, who has won 44 tournaments worldwide, but creating memories with his family in his incredible career is equally as important.

Having played at 11 Ryder Cups, the Englishman now holds the record for playing in the most matches, increasing his tally to 47 this week.

RELATED: RYDER CUP 2020 VERDICT: "THIS IS THE GREATEST US RYDER CUP SIDE OF ALL TIME"

Westwood knows that this could be his last Ryder Cup, but he maintains the passion and emotion for the sport which is why he became upset at the thought of not returning to the tournament.

There is a good chance that he could be the captain of Team Europe in 2023 when the event lands in Italy, but Westwood will certainly be doing his best to be on the playing side.

NEXT PAGE: DOES THE RYDER CUP PROVE THAT GOLF HOODIES ARE HERE TO STAY?