Ryder Cup: No Patrick Reed for USA as Steve Stricker names side

There will be no Captain America at the Ryder Cup this year. 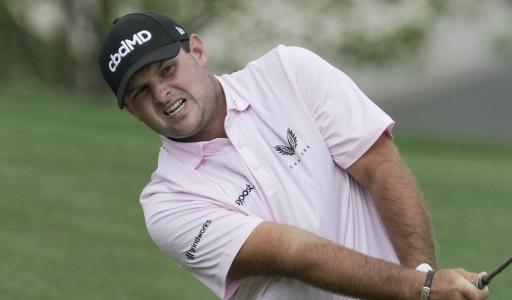 Patrick Reed will miss the Ryder Cup as Team USA captain Steve Stricker named his six final picks in front of the media.

Six players had already played their way into the US Ryder Cup side.

Stricker made his announcements in front of the media today at Whistling Straits.

He said: "This has been a long time coming but I'm super excited for this day and this team."

Stricker said he consulted with his whole team before making his decision.

"We were looking for the best players to perform at Whistling Straits. These guys that we've picked suit this course down to a tee."

He said rookies fare very well in this type of format.

The interesting picks are English and Scheffler.

English pointed to his calm and cool demeanour being a strength in matchplay.

He's no rookie, Stricker said, as he has been involved in the Presidents Cup.

All six players joined in the press conference via webcam.

Also missing out is Webb Simpson.

Reed declared his fitness earlier this week after he completed 72 holes at East Lake.

Captain America has enjoyed lots of success in his Ryder Cup career, most notably his thrilling victory over Rory McIlroy in 2016.

But he misses out.

As does Kevin Na, whose unbelievable form to close the PGA Tour season forced him into contention.

Rory and Reed lit up Hazeltine National and no doubt this is a match-up we would have liked to see again.

Whoever Stricker was going to pick was inevitably going to be the subject of much scrutiny.

After all, in the past four editions of the Ryder Cup, the US wildcard picks have combined for a record of 16-29-2.

RELATED: WHO PARTNERS DECHAMBEAU IN WISCONSIN?

Has Stricker made the correct call with his choices?

The 43rd Ryder Cup will take place between September 24-26.