Team Europe were valiant and graceful in defeat, but they were simply overwhelmed by America in Wisconsin. 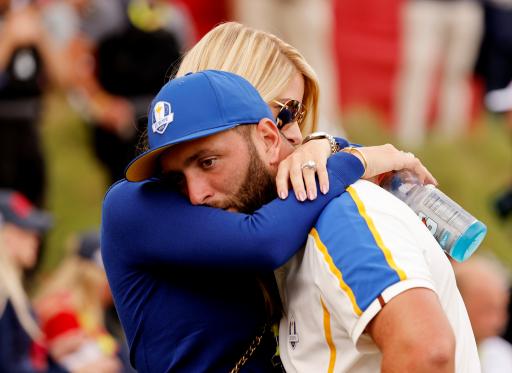 Europe had an impossible task to turn around the six-point deficit that they were faced with in the Sunday singles, but the Ryder Cup had been lost well before then.

Padraig Harrington had a strong side of players who were fully dedicated to the trophy, but wave after wave of American brilliance proved far too much.

Europe were beaten 19-9, a record score in the modern era, and unfortunately, the players did not play to the levels that we know they are capable of.

They failed to win a session and only won three matches in the Sunday singles at Whistling Straits, but take nothing away from their passion and desire to keep fighting back no matter what.

Take a look at our ratings for Team Europe.

I know Jon Rahm didn't quite manage to gain the full five points for Team Europe, earning 3.5 points in your first Ryder Cup on away soil is massively impressive. The World No. 1 lived up to his status and formed a fantastic partnership with Sergio Garcia.

Rory McIlroy was moved to tears after he beat Xander Schauffele in the singles, but if we are honest, it was a week to forget for the four-time major champion. It was too little too late, and he performed well below what he is capable of. 4 may be a little generous.

A player with great longevity, Lee Westwood showed class to beat Harris English in the Sunday singles, but when paired with Matt Fitzpatrick, they just could not find enough birdies and they were always playing catch up.

At the Ryder Cup, Sergio Garcia is just phenomenal. Not only is he the record points scorer, but he has also won more matches than anyone ever. He came up against a rampant DeChambeau in the singles, which was his only blemish in a fantastic week.

Ian Poulter was also overcome with emotion after being humbled by USA, but take nothing away from the continuation of his incredible Ryder Cup singles record. He beat Tony Finau 3&2 to win his only point of the week.

Matt Fitzpatrick is such an impressive player, but in two appearances at the Ryder Cup, he still hasn't won a point. When he chunked his 18th hole approach into the water against Daniel Berger, that essentially summed up his week in Wisconsin.

For me, Shane Lowry completely justified his captain's pick. In a week of doom and gloom, Lowry provided inspiration alongside Tyrrell Hatton in the Saturday fourballs session.

It was reported that every European player wanted to play with Viktor Hovland and you can see why. He is an exciting talent who delivered a point for Europe, including a seriously impressive half-point with Collin Morikawa.

Like Lowry, Tyrrell Hatton was a source of inspiration and passion. He produced one of the moments of the week when he holed a birdie putt on the 18th to secure a half for him and Rahm against Bryson DeChambeau and Scottie Scheffler in the Friday fourballs.

It was an eye-opening experience for the Austrian rookie. He failed to deliver a point in the hostile Wisconsin environment and he was beaten 2&1 by Brooks Koepka in the Sunday singles.

With halves in the Saturday fourballs and the Sunday singles against Jordan Spieth, Tommy Fleetwood just about delivered a point for Europe. He had moments of brilliance, but also moments of disappointment which would have been unheard of in 2018.

The 44-year-old certainly had a Ryder Cup to forget. He played in the first three pairs sessions alongside Viktor Hovland, Bernd Wiesberger and Tyrrell Hatton and he failed to reach the 18th hole on each occasion.

NEXT PAGE: PADRAIG HARRINGTON DOES NOT DESERVE TO BE CRITICISED OVER HEAVY RYDER CUP LOSS