The Sunday singles is arguably the highlight of every Ryder Cup, so which match-ups do you think we will see at Whistling Straits? 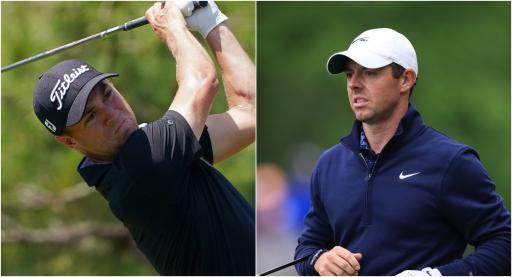 After Europe and America have battled it out in the foursomes and fourballs on Friday and Saturday, it will all come down to who can win their individual battles on Sunday.

The singles event has created some of the Ryder Cup's most iconic moments, such as Justin Leonard beating Jose Maria Olazabal in 1999 and Martin Kaymer beating Steve Stricker in 2012.

GolfMagic have predicted the order that US captain Stricker will send the Americans out on Sunday, and the line-up that Padraig Harrington will go with as well.

According to our predictions, we are set for an exciting day, including a rematch between Justin Thomas and Rory McIlroy who faced off in France three years ago.

Thomas came out on top on the 18th hole at Le Golf National which was McIlroy's second consecutive defeat when leading the Europeans out in the singles.

When Bryson DeChambeau won the Arnold Palmer Invitational back in March, he beat Lee Westwood by one shot and we have predicted a resumption of this battle in the singles matchplay.

In the third match, we have predicted a rookie affair with FedEx Cup champion Patrick Cantlay taking on the Norwegian debutant and World No. 14 Viktor Hovland.

The final match could see a difficult task for Austrian rookie Bernd Wiesberger. We have predicted he will face four-time major champion Brooks Koepka.

Whatever the line-ups may be, we are bound to see more drama and more excitement etched into the history of the Ryder Cup.

RELATED: PADRAIG HARRINGTON AND PHIL MICKELSON STAR FOR U2 AND OASIS IN HILARIOUS PARODY

NEXT PAGE: HAS THE RYDER CUP MEDIA SCHEDULE REVEALED PAIRINGS FOR EUROPE AND AMERICA?