Padraig Harrington once said that he couldn't make the school choir when he was a child, but you wonder what could have been... 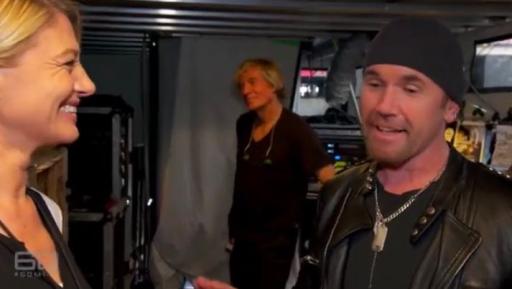 A video has emerged on social media that we can all agree we did not think we would see, but in 2021, anything is possible.

Stephen Connolly is a popular impressionist and parody producer and he recently picked up on an interview of European Ryder Cup captain Padraig Harrington.

In the interview, which was from The Tommy Tiernan Show in 2020, Harrington revealed that as a child, he was not a good enough singer to perform in the school choir.

Well, this is all Connolly needed to set upon his latest parody video, which features a number of stars from the world of music and a certain left-handed major champion at the end.

Plan for Ryder Cup venue in North West England recommended for approval
Webb Simpson: I dream of being Ryder Cup captain one day

RELATED: HAS THE RYDER CUP MEDIA SCHEDULE REVEALED PAIRINGS FOR EUROPE AND AMERICA?

The video shows Irish singer-songwriter and activist Bob Geldof introducing Harrington as the winner of the Singing Lifetime Achievement Award, with the nickname of 'The Wedge'.

IMO Europe #RyderCup captain @padraig_h is one of Irelands greatest ever sports stars. After watching a great interview of him, I wondered what would the world have looked like if he didn't play golf and sang instead. @Graeme_McDowell @PhilMickelson @Tommedian
*Flashing Imagery* pic.twitter.com/A6Q1CwNxgW

The three-time major champion's face is superimposed alongside the band members of U2 and next to Bono in various sections of the video.

Harrington is pictured on chat shows with the band, taking pictures with fans and performing songs in his infectious Irish voice.

Towards the end of the video, Harrington says that he would love to work with Phil Mickelson, who Connolly has featured as part of Oasis.

Lefty's face is superimposed on to the face of the iconic Liam Gallagher with his famous hairstyle, in what is a truly bizarre and hilarious video.

Connolly has also made parody videos that feature other Irish sports legends such as Rugby Union players Brian O'Driscoll and Ronan O'Gara.

NEXT PAGE: 9 REASONS WHY EUROPE HAVE NO CHANCE OF WINNING THE RYDER CUP THIS WEEK