Tommy Fleetwood will be making his second appearance for Team Europe at Whistling Straits, but it will be his first on away soil. 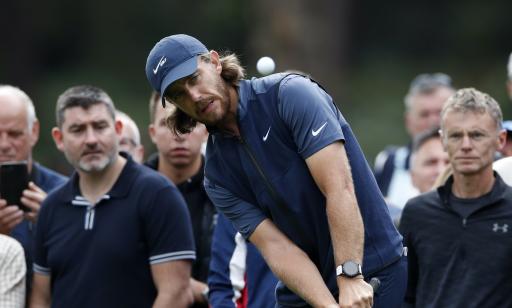 Tommy Fleetwood said he will need to "embrace" the hostility of the American crowds when he plays in his first Ryder Cup on away soil this month.

Fleetwood was confirmed alongside Rory McIlroy, Jon Rahm, Paul Casey and Viktor Hovland as the first five players to qualify for Padraig Harrington's European side.

The man from Southport is playing in the BMW PGA Championship at Wentworth this week and he is currently 5-under-par after two rounds, seven shots behind the leader Kiradech Aphibarnrat.

Fleetwood had a very good Ryder Cup debut at Le Golf National in 2018, earning four points in a formidable partnership with Francesco Molinari.

RELATED: HOW COULD INCREASING NATIONAL INSURANCE RATES AFFECT YOUR NEXT GOLF HOLIDAY?

"I've been listening to guys like Poults, Lee (Westwood) and Paul Casey, guys who have done it a few times," said Fleetwood after his second round at Wentworth.

"They all say the same thing. You have to embrace it. You have to enjoy it in a way. That's the only way you can thrive in that atmosphere. I can't wait to see how it goes.

"I'll be over there with my 11 teammates, the captains and our backroom staff. We become a family when we are there. I'm really excited about doing that with a new group of lads."

Once the European Tour's flagship event concludes on Sunday, Harrington will have his top nine players who have qualified via the European and World points list.

That will leave three players which the three-time major winner will decide next week. Fleetwood is an outgoing and strong personality on Team Europe who will no doubt be a key asset in Wisconsin.

"I'd want my partner to feel that comfortable, thrive and play their best golf. I'm interested to see how the pairings go and how we all match up. I really do get on well with all the guys," Fleetwood added.

"And I like to think everyone would be fine about partnering up with me. But we’ll see. Whatever happens, we’ll all be giving it our best."