When is the Ryder Cup 2023? Tickets, dates and venue for the 44th edition

The event will be staged in Italy for the first time: this is what you need to know. 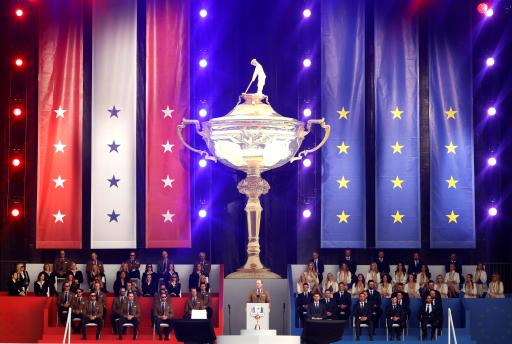 The much anticipated Ryder Cup is fully underway at Whistling Straits in Wisconsin, but where is the event due to be played next?

Tickets went on sale this week and and the weekly ones were sold out in two days for the next Ryder Cup which will be played in 2023.

The biennial event will return to Europe and will be held in Italy at the Marco Simone Golf & Country Club, on the outskirts of Rome.

There are still some premium tickets available, but it will cost you.

And there will be a further batch of daily tickets released through the official site.

It will be the 44th edition of the Ryder Cup and is scheduled to take place between Friday, 29 September and Sunday 1 October.

Italy will host the competition for the first time after they were selected ahead of venues such as Austria, Germany and Spain.

The Marco Simone Golf & Country Club is located only a dozen miles from the city of Rome.

The captains have not been announced yet but they are likely to be named early next year while the Europeans and American's start their qualifying campaigns.

As ever, rumours have already begun circulating about who could potentially lead the sides in Rome.

Ian Poulter has said he would be honoured to take over the reins, but it's likely he will serve as a vice captain first.

For Europe, Lee Westwood is the current bookies' favourite to take over from Padraig Harrington.

While for the United States Tiger Woods, who is still recovering from car crash, is odds on to lead the side.

NEXT PAGE: WHY ISN'T TIGER WOODS AT THE RYDER CUP?