Sergio Garcia tells Me and My Golf GREAT driver tip: "Pull the chain!"

Sergio Garcia is one of the best drivers on the PGA Tour and he shows Me and My Golf exactly why in this fantastic tutorial clip. 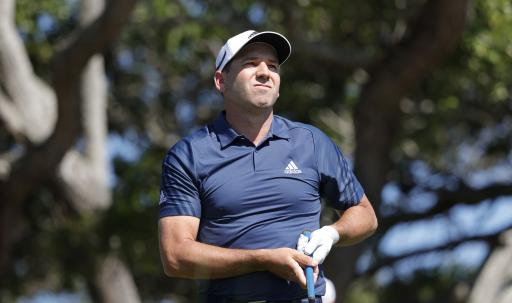 Sergio Garcia is one of the most timeless and consistent players on the PGA Tour. His longevity in golf is something to be admired in the modern game.

Despite approaching the twilight of his career at the age of 42, he is still one of the most impressive drivers of the ball. His long game is one of his strongest features.

It is these statistics that have led to such a long and successful career. The former Masters champion has won 11 times on the PGA Tour and earned $53,826,259 in the process.

DP World Tour pro Hurly Long and his meditation technique...
Learn how to chip like a winner on the DP World Tour!

RELATED: TIGER WOODS GETS ROBBED AT TORREY PINES DURING THE FARMERS INSURANCE OPEN

In a video with Me and My Golf at Palm City in Florida, Garcia gave one of the main pieces of advice that he often offers to amateur golfers who are struggling with their long game.

A post shared by Me And My Golf (@meandmygolf)

"What I always tell them is feel like you're pulling a chain or a bell down," Garcia explained as he stopped at the top of his backswing.

At the top of the backswing, Garcia says that a common issue with amateurs is immediately attempting to open up their bodies by turning the shoulders and the hips.

Instead, players should drop the club down from the top of their backswing as if they are pulling a chain, without moving their bodies. In this way, the body remains still and doesn't move forwards.

Garcia explains that this helps you to cover the ball and get behind the tee shot, as opposed to immediately opening up your body and leaning forwards.

Watch the video and take some notes as tutorials from legends such as Garcia are few and far between. Just remember, from the top of your backswing, pull the chain and don't move your body forwards. Stay behind the ball.

NEXT PAGE: BRYSON DECHAMBEAU ON TIGER WOODS: HE WAS NEVER ABLE TO LIVE NORMAL LIFE