The Old Course may be the holy grail but St Andrews is a rich pocket for golf. 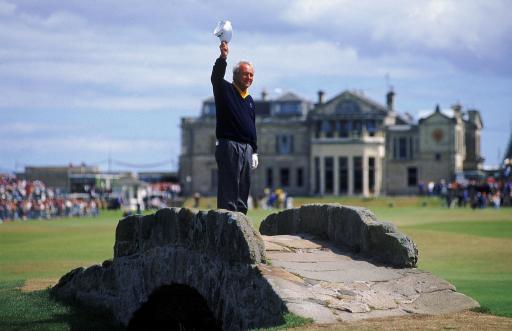 The iconic par-4 18th and the Swilken Bridge at the Old Course (Photo: Getty Images)

The Old Course may be the holy grail for golfers, but St Andrews boasts plenty of other esteemed tracks to underpin its reputation as the "Home of Golf".

As the bedrock of the game, the historic Old Course - home to this week's Alfred Dunhill Links Championship and a roll call of Open Championship winners that includes Jack Nicklaus, Tiger Woods, Sir Nick Faldo and Seve Ballesteros - is in huge demand.

STUNNING SNAPS OF ST ANDREWS THAT WILL TAKE YOUR BREATH AWAY

Prospective players must enter a ballot at least two days in advance, where the chances of success typically range from one-in-two to one-in-four.

But whether you are lucky or not, St Andrews and the surrounding area is one of the richest pockets of golf anywhere in the world. We highlight nine of the finest tracks in the golf-fanatical region to sample on a trip to the Auld Grey Toon. 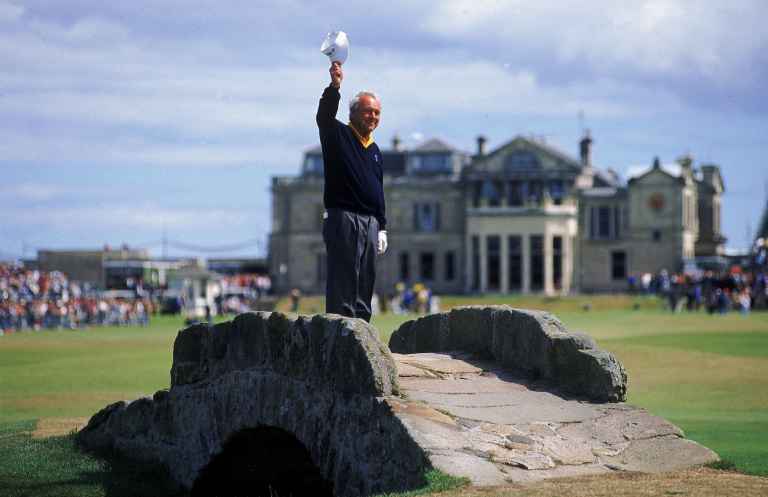 The late Arnold Palmer waves to the crowd on the Swilken Bridge during his final Open Championship in 1995 (Photo: Getty Images)

Steeped in history as the oldest and most iconic golf course in the world, the record-hosting Open Championship venue is like no other.

"I fell in love with it the first day I played it," said record 18-time major champion Nicklaus, who lifted two of his three Claret Jugs at the Old Course.

"There's just no other golf course that is even remotely close."

Although established in 1552, the Old Course is considered by many to be the "Home of Golf" because the sport was first played there in the 1400s.

A unique feature of the Old Course is the seven double greens, with hole numbers always adding up to 18 (eg 2nd and 16th, 3rd and 15th).

You will also need to plot your way around myriad bunkers and several giant traps, such as the infamous Road Hole bunker to the left of the 17th green.

If you can find some luck through the ballot, one of the greatest moments of your golfing career awaits, from the time you are announced on the first tee to the moment you pose for photos on the famous Swilcan Bridge. 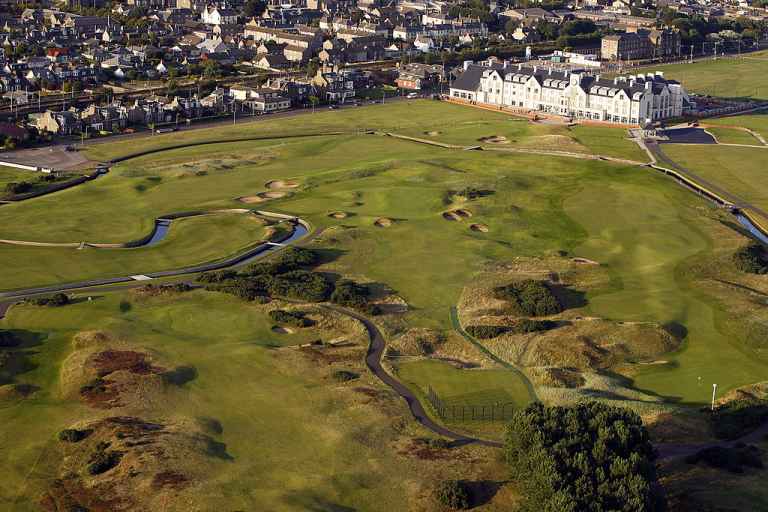 The Championship Course at Carnoustie is widely recognised as one of the world's toughest courses. Much has to do with the snaking Barry Burn that golfers must navigate five times on the closing two holes.

Carnoustie might be a 45-minute drive from St Andrews, but nine-time major champion Ben Hogan, who lifted the Claret Jug there in 1953, believes it is worth it: "Nobody's experience can be complete without playing Carnoustie."

Fashioned by Old Tom Morris in 1857 and extended by James Braid in 1926, Carnoustie will host its eighth Open Championship in 2018 and continues to stage the three-course Dunhill Links every October.

Carnoustie might not be the most scenic layout - rarely will you catch panoramic glimpses of the sea - but it is a long, testing track with fearsome bunkers, well-plotted burns and several clumps of knee-high rough.

What the tour professionals admire about Carnoustie, however, is that it remains honest. "The golf course is hard, but it’s fair," said Tiger Woods. "I think it is a fantastic test."

Those who have left cursing it "Carnasty" may care to disagree.

Although a relatively new addition to the St Andrews portfolio, the golf origins of Kingsbarns date back more than 200 years when it was home to a nine-hole course and golf club.

Blending together all the advantages of a modern course with the traditional features of old links, it is easy to see why some fans are calling for Kingsbarns to be added to the Open Championship rota in the future.

It will get its first major chance to shine, however, at the Women's British Open in 2017.

The spectacular 16th, 17th and 18th at the Castle Course (Photo: Getty Images)

Opened in 2008, the Castle Course represents the seventh and most recent addition to the St Andrews Links collection.

Combining breathtaking beauty with memorable golf, the course is set on a dramatic cliff-top location with stunning views over St Andrews Bay and the North Sea.

Designed by leading Scottish course architect David McLay Kidd, the Castle Course sits on 220 acres of land, has more than one mile of waterfront and embraces the rugged Scottish shoreline to provide a unique, yet challenging experience.

The signature short 17th is somewhat of a hidden gem with an all-or-nothing long iron played over a beautiful ravine on the edge of the cliffs and into a prevailing wind.

BEST REST OF THE REST 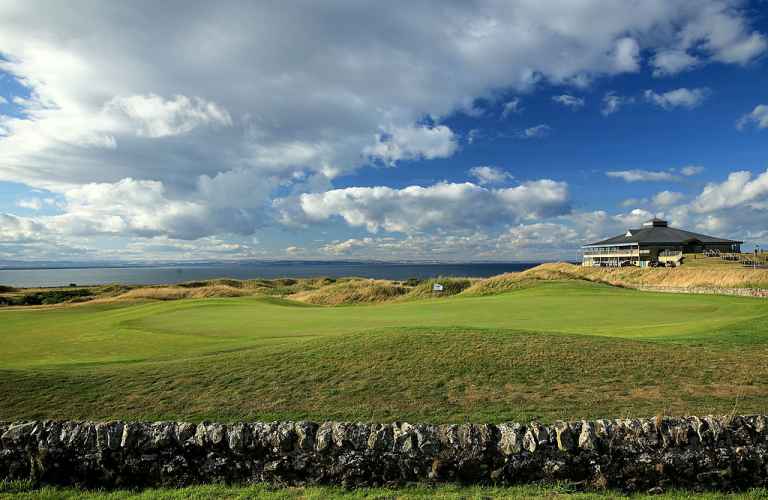 The Torrance Course is one of two courses that make up the Fairmont St Andrews resort - roughly several Rory McIlroy drives away from the Old Course. 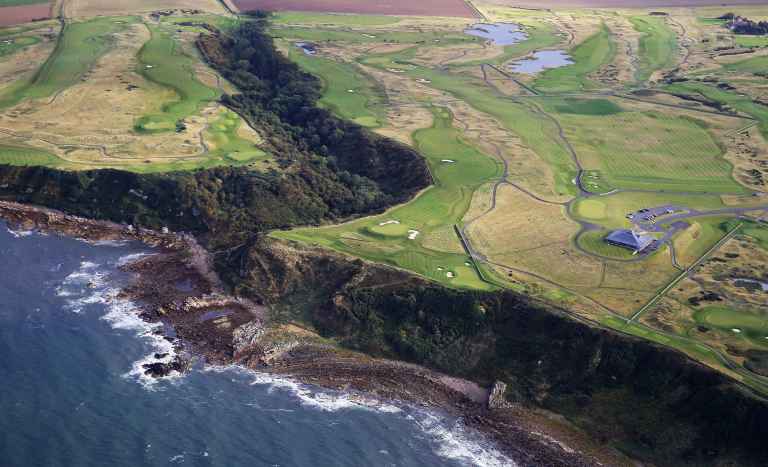 Opened in 2002, the Kittocks Course (formerly called the Devlin Course) at Fairmont St Andrewsis another new track to the St Andrews golf portfolio.

Set on elevated ground next to the cliff tops, this amazing location gives spectacular views of the town of St Andrews from the eastern side.

The Kittocks Course has been constructed in an American style with man-made lakes, but the layout still honours the traditions of St Andrews with two double greens and numerous pot bunkers.

The gorgeous 15th of the Jubilee Course (Photo: Getty Images)

The Jubilee Course is considered by many to be the most challenging course on the famous St Andrews Links.

Built in 1897, it was originally intended for use by ladies and beginners, but because of its prime location between the New Course and the sea, it was converted to a championship layout in 1988.

The raised tees provide great views but also expose golfers to prevalent winds, which sweep in from the bay.

Despite its name, the New Course was designed more than 120 years ago (Photo: Getty Images)

Designed by Old Tom Morris and opened in 1895, this St Andrews Links track is the oldest "new" course in the world.

The course is characterised by well-designed greenside and fairway bunkers, as well as tough homeward holes. 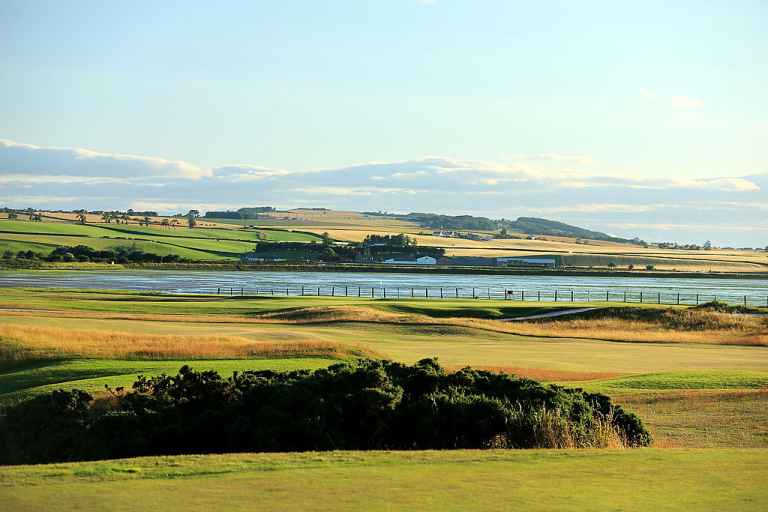 The third hole of the Eden Course (Photo: Getty Images)

The Eden Course represents a more forgiving option at St Andrews Links, but by no means is it a walk in the park.

Built in 1914 and originally designed by Harry Colt before being altered slightly by Donald Steele in the late 1980s, the course features severe bunkers throughout and numerous tricky par fours that require accuracy rather than distance off the tee.

The par-three holes also rank as some of the best that St Andrews has to offer, and although they are not particularly long, they can wreck scorecards on any given day.