Masters Quiz: How well do YOU know The Masters?

10 quick multiple-choice questions about The Masters - how many do you get? 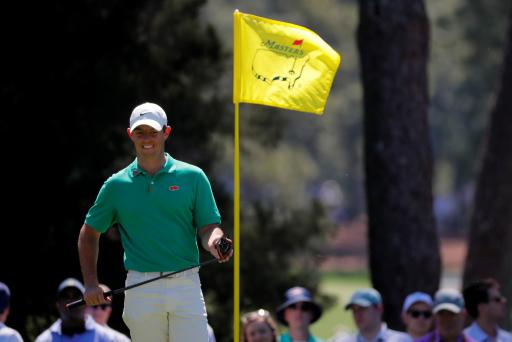 Think you know a thing or two about The Masters? Twist your melon by answering these 10 multiple-choice questions.

Then head over to our social media post and let us know your score. Good luck!

Jack Nicklaus has revealed in an interview with ESPN that he does not believe The Masters will take place at Augusta National this year, despite tournament officials claiming the major was only being "postponed" due to the coronavirus outbreak.

"I think they made a wise decision, and I support it," said Nicklaus, on ESPN's SportsCenter.

"I don't think anybody wants to go to Augusta and get sick. There's people coming from all over the world and the chances of people bringing something are great."

RELATED: THE MASTERS HAS BEEN POSTPONED DUE TO CORONAVIRUS

Despite rumour that The Masters could be staged at a later date in the fall, the record 18-time major champion and record six-time Masters winner Nicklaus admits that is very unlikely to happen as it would be unfair on other events in the schedule.

"In all practicality, they are postponing, but I can't see any way they would play it at a later date," said Nicklaus.

"How in the world could they work it into the schedule? It wouldn't be fair to any other tournaments that are later. I think we are probably going to miss The Masters this year, that's just my opinion, but I think it makes logical sense."

Try telling that to Justin Thomas, though. "I don't care if it's 25 degrees and nobody is there," Thomas told Golf Channel. "I'm going to play it with a chance to win The Masters."

Nicklaus also posted a video message on social media over the weekend urging his fellow Americans to "stay safe" and "be smart" in the wake of the coronavirus outbreak that has rocked the world.

He sent his 90-second video message through social media on Sunday that was part Public Service Announcement and part reassurance.

WATCH: WHAT THE PLAYERS ARE UP TO WITHOUT ANY GOLF ON...

"The last week or so has been an incredibly confusing time," said record 18-time major winner Nicklaus.

"Many of you kids, you’re going to a lot of places that may bring that home to a senior citizen. I don’t think that’s what you want to do.

"Let’s all make sure we wash our hands, let’s make sure we’re very smart about where we go and when we go, let’s try to stay away from public places, let’s just be smart.

NEXT PAGE: BEST TIPS TO KEEP YOUR GOLF GAME SHARP WHILE SELF-ISOLATING FROM THE CORONAVIRUS