RUMOUR: The Masters to be played in November in schedule shake-up

Three people with inside knowledge have revealed golf's schedule changes to Golfweek. 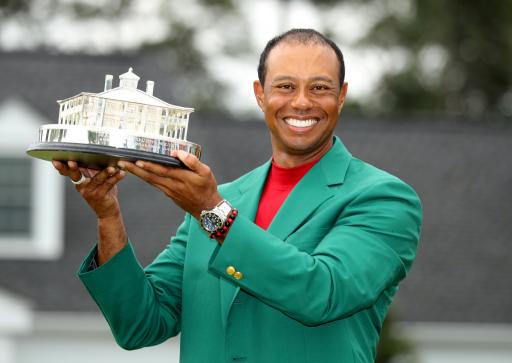 The Masters will reportedly be played in November, with the Ryder Cup maintaining its September spot, according to a Golfweek report that has revealed a host of updates to the schedule due to the coronavirus pandemic.

Details were provided by three people with inside knowledge of the revised scheduling plans, but they have chosen to remain anonymous as they are not authorised to speak about the matter publicly.

RELATED: WOODS VS MICKELSON TO HAPPEN NEXT MONTH!

According to the report, The Masters, which was supposed to take place next week at Augusta National Golf Club, is going to be pencilled in for the week commencing November 9, according to two of the people speaking to Golfweek.

The US PGA Championship at Harding Park is expected to be shuffled back to the week commencing August 3, with the PGA Tour's Wyndham Championship, three FedEx Cup Playoff events and season-ending Tour Championship following straight in after that.

The only delay when it comes to the remaining majors is that of The Open and US Open, and it's a case of waiting for the R&A to play their hand as to whether they postpone or cancel the tournament altogether.

However, if the R&A decides to cancel this year's Open Championship (which appears likely following recent reports) then this would allow the USGA to take up this week in the schedule to host the US Open at Winged Foot.

The US Open was scheduled to take place the week commencing June 15, but given the current COVID-19 pandemic it would appear a postponed announcement is imminent.

Let it be known, golf's governing bodies are going to do everything they can to squeeze at least three major championships and the Ryder Cup into the 2020 schedule.

Much of that will be down to whether or not the spread of coronavirus continues to intensify around the world, and it becomes safe enough for everyone to get back out on the golf course.

"At this point we are not in a position to confirm any specific dates," the USGA's chief brand officer Craig Annis told Golfweek.

"While we are hopeful that we will be able to conduct the US Open at Winged Foot Golf Club in June, it is increasingly likely that we will need to postpone.

"We have been working with our broadcast partner Fox Sports, the PGA Tour, and other golf organisations to determine what a viable postponement date could be should we need to make that decision. We are currently considering a number of options and expect to be in a position to announce a decision by next week."

Another viable option for the USGA is to host the US Open later in the year on the West Coast, with potential venues Torrey Pines and Pebble Beach as contenders to step in a last-minute venue.

"Depending on how far out we might have to go it could mean that we need to find a new location," said Annis.

"If we get beyond September we would need to find a US Open-ready course in a place with the right climate and agronomics, with consideration to available daylight hours.

"We are fortunate to have a number of USGA host site partners who we are engaging with to determine viability."

The LPGA Tour confirmed its US Women's Open would be pushed back until December.

There has been no news from the European Tour as what will happen on their circuit as of yet.

NEXT PAGE: TIGER VS PHIL II WILL REPORTEDLY HAPPEN IN MAY!