Jason Day ahead of US Open: "I've severely underachieved"

Jason Day ready to be "more selfish" with his time in order to get back to winning ways. 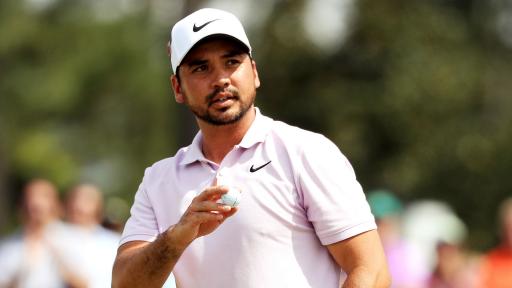 Jason Day believes he has "severely underachieved" in the game of golf as he attempts to win a second career major title at this week's US Open at Pebble Beach.

Day has been tipped up as one of GolfMagic's picks for the US Open. Check out our other selections in the video below...

Day, 31, spent 51 weeks atop the World Golf Rankings a couple of years ago and also won the 2015 US PGA Championship marking one of 12 PGA Tour wins.

When quizzed by the media as to how he rates his career thus far, Day gave a frank response.

"Severely underachieved, I think," said Day, who owns a solid record at Pebble Beach having twice finished runner-up in the AT&T National, along with a fourth place.

"I think I’ve underachieved up until now. I feel I’ve got a game that when it’s on, I can win most tournaments. And the big thing for me is to go ahead and believe that, and have trust in my abilities that I can do that."

Williams was on the bag for 13 of Woods' majors, including his record-breaking 15-stroke US Open win at Pebble Beach in 2000.

The New Zealander was also on the bag for Day's compatriot Adam Scott when the Australian won the 2013 Masters.

"To have someone like Steve on the bag is very instrumental in my career with regards to where I want to go and the trajectory I want," said Day.

"My goal is to get back to No. 1 in the world, but I want to do everything I possibly can to get there. If I need to do whatever [Williams] needs to tell me, I’ll do it. He said that being No. 1, there’s a lot of sacrifice that comes with that, and we both understand what that means."

Day has not won on the PGA Tour since the 2018 Wells Fargo some 12 months ago, but he has shown signs of getting back into form of late, especially with a tied fifth at The Masters in April.

But the former World No.1 is ready to get back to winning ways, and admits he is going to be "more selfish" with his time in order to get there.

"I need to start working harder, that’s plain simple," Day said. "But I think Steve will take me to that next level, and I’m hoping that’s the case."