Mackenzie Hughes' golf ball STAYS IN A TREE at the US Open! 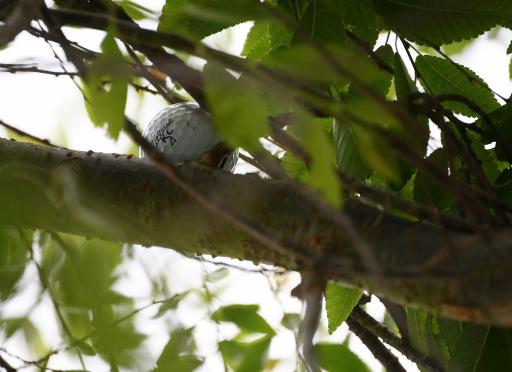 Just 48 hours after thinking Sergio Garcia had received the toughest break of the season at the US Open, it was quickly replaced in top spot by Mackenzie Hughes' ball bouncing off a cart path and remaining between two twigs on a branch in a tree.

Hughes was teeing off on the tricky par-3 11th and was right in the hunt to land his maiden major title, but his hopes were soon dashed when he sent an errant tee shot crashing into the giant tree left of the green.

With cries of FORE and a clear signal to the left - along with a kick of the club on the tee box - Hughes' ball dived into the tree, bounced out and down off the cart path and back up into the tree.

Golf fans around the tree could not believe what they were witnessing and out came the camera phones - if they weren't already out - to take shots of the ball wedged up high into the tree.

Despite cries of 'SHAKE THAT TREE" as Hughes debated about what to do with a USGA rules official, the Canadian was left with the difficult option of identifying his golf ball (thanks to a camera phone) and then taking a drop under one stroke penalty.

Hughes took his medicine and chipped his ball onto the green but it would lead to a tournament-ending double-bogey five, that would quickly be followed by three bogeys in the space of the next four holes to see him tumble out of contention like so many other players in the final round.

He went on to finish 1-over par for the tournament in a tie for 15th.

NEXT PAGE: SERGIO GARCIA WITH TERRIBLY UNLUCKY BREAK AT THE US OPEN