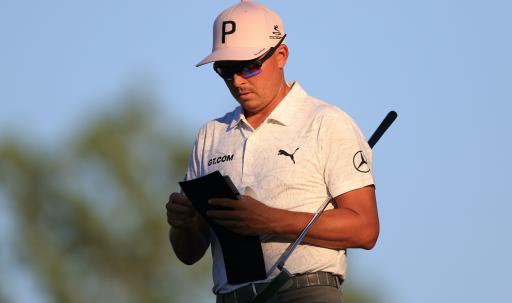 Rickie Fowler is set to miss out on the US Open for the first time since 2010, after the American was one shot short of the cut in regional qualifying in Ohio.

Fowler shot 1-over-par in his first round at Brookside Golf and Country Club on Monday, which put him well of the pace in a weather-delayed round.

The five-time winner on the PGA Tour experienced issues in getting to the Lakes Golf and Country Club for his second round as a result of bad traffic, but he managed to play far better.

RELATED: RICKIE FOWLER GETS STUCK IN TRAFFIC BETWEEN ROUNDS AT US OPEN QUALIFIERS

The 32-year-old was 4-under-par through 13 holes in his second round when darkness halted play. Fowler resumed his round this morning and found two more birdies to shoot a 66, but he finished on 5-under-par for the event, which was one shot away from the required cut.

Barring any late changes with the first and second alternative reserves for the tournament at Torrey Pines, Fowler has missed out on the event for the first time since 2010 and it is another disappointment in what has been a poor season for him.

Fowler was among 700 golfers across the country looking to qualify on what is known as "Golf's Longest Day", and his failure to make the grade is a setback for the man from California.

Although it wasn't his day in Ohio, Fowler finished tied eighth at the PGA Championship and tied 11th at the Memorial Tournament so he could be returning to form on the PGA Tour.

NEXT PAGE: "IT'S NOT ABOUT MONEY, IT'S ABOUT BETTER": PREMIER GOLF LEAGUE DETAILS EXPLAINED

US Open
US Open qualifiers
Rickie Fowler
Torrey Pines
Keegan Bradley
Previous
"It's not about money, it's about BETTER": Premier Golf League details explained
Next
Arrange A Round partners up with mental health campaign The Club Talks