Tiger Woods rejects offer to be part of US Open coverage 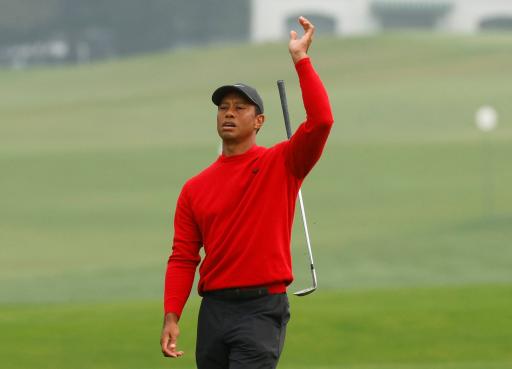 Tiger Woods has rejected an offer from NBC Sports to be part of their broadcast team at the 121st US Open at Torrey Pines next week.

Woods, who has won three US Open titles including one at Torrey Pines in 2008, is currently recovering from leg injuries sustained in a horror car crash in Los Angeles back in February.

While it has been known for some time that Woods would not be able to tee it up at the US Open this year, if at all for the next 12 months, NBC Sports wanted to see if the former World No.1 would be interested in forming part of their setup for the third major of the year.

But Woods was having none of it.

"Yeah, in fact, that’s exactly the line that I was thinking and we were all thinking is how good that would be, who better, if he couldn’t be there to play it, to voice it and have him a part of the show, but we were rebuffed," said NBC Sports lead anchor Dan Hicks, according to a report on Golfweek.

"He didn’t want to do it, and I totally understand his situation. There is a lot going on in his world right now and there’s also a part of Tiger that doesn’t want to become this, I don’t want to, for lack of a better word, a sideshow at an event where we should be concentrating on what’s happening."

Hicks added: "Also, I really believe that if you said yes to something, it would just be a non-stop parade of asks, and he would have to just, you know, start telling everybody no.

"So, yeah, it would have been fantastic to have Tiger a part of it in that sense, but I understand that what’s going on in his world that he wanted to kind of keep it low key and stay out of the limelight for this one and just hopefully he’ll enjoy it at home watching it on TV and be inspired when we talk about what he did 13 years ago and that’s the best we can hope for."

Golf news
Did you know this rule about STANDING out of bounds with your ball in play?
Golf news
Beef Johnston FIRES SHOTS at Piers Morgan over Ben Stokes England withdrawal
Equipment news
Sik Golf Putter Fitting - Why should you get fitted for your putter?
Features
"English golf may be booming but course CLOSURES are happening all around us"
Golf news
WATCH: Schauffele, Thomas, Morikawa and Reed star in The Hangover