US Open: Rory McIlroy says "I certainly don't want it to be easy"

Rory McIlroy is excited to be going up against some of the world's best in Collin Morikawa, Scottie Scheffler and Jon Rahm heading into US Open weekend. 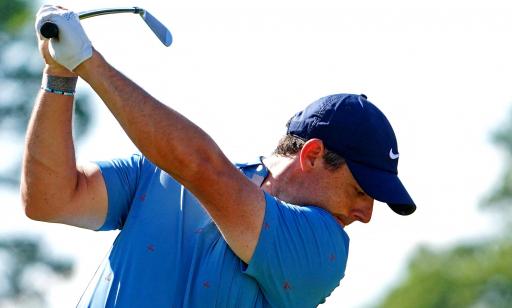 Rory McIlroy says he cannot wait to go up against the rest of the world's best PGA Tour players as he goes in search of a first major title in eight years at the US Open this weekend.

McIlroy recovered from a horror show on the 3rd hole on day two where he whiffed two shots in deep rough only to drain a 35-footer for a double-bogey six.

It was arguably the best double of his life, and potentially US Open history. If you've not yet seen it, watch here.

Having rescued the round with three birdies on the back nine to progress to 4-under par and move just one shot behind leaders Collin Morikawa and Joel Dahmen, the Northern Irishman is eager to show his class on the weekend at Brookline.

Jon Rahm is on the same score as McIlroy after two rounds, with World No.1 Scottie Scheffler and in-form Sam Burns tucked in behind on 3-under and 2-under respectively.

The leaderboard has a mouth-watering look to it, much to the delight of golf fans around the world and McIlroy himself.

"I sort of said it after Canada last week when I was with JT [Justin Thomas] and Tony [Finau].

"You want to go up against the best to try to bring the best out of yourself. And to see Collin and Jon and Scottie and Sam up there and whoever else, that's what major championship golf is all about. That's what competition is all about.

"I certainly don't want it to be easy. I want guys to go out and shoot 65 so I have to go and shoot 64. That's competition, and that's at the heart of this game. I'm excited to be in that mix going into the weekend."

We have been asking you on our social media channels where you think McIlroy will end up at the US Open this week? Get involved with our debate below on Facebook, Instagram and Twitter: