US Open: Contender Nick Hardy once peed himself to help out teammate

Nick Hardy, the PGA Tour Rookie, found himself in contention at the US Open. He's a good golfer, but reportedly a better person. 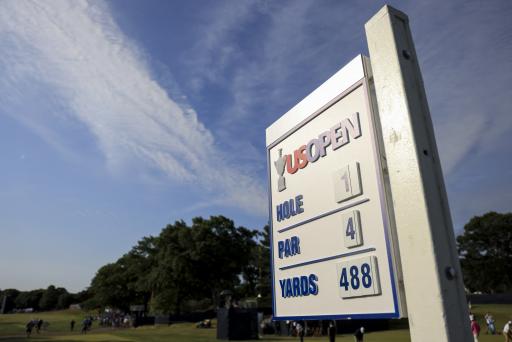 Nick Hardy found himself in the unfamiliar position of contending to win the US Open at The Country Club at Brookline.

Related: Was Brian Harman lucky to escape penalty at US Open?

After two days' play, Hardy's 69-68 saw him ready to tee it up on moving day with a score of 3-under par and only two behind the lead.

Of course, the surprise name was in amongst it with some simply stellar names battling it out for the third major of the year.

Rory McIlroy? No implosion yet. Collin Morikawa and Jon Rahm? Right up there. Scottie Scheffler lurks. Don't count out Matthew Fitzpatrick or Sam Burns yet, either.

Hardy is a 26-year-old PGA Tour rookie. His 2021-2022 season suffered a setback after he injured a tendon in his wrist. For 30 days he did not touch a single club, he told media this week.

In fact, he came to Massachusetts not really playing a great deal of golf, he said. He did not play a practice round on Monday afternoon and only got a full 18 holes in on Tuesday.

"I've kind of learned myself more and I've learned that you need to keep your energy and can't spend it all on Monday, Tuesday, Wednesday having fun in practice rounds and stuff, and it's more about rest and maintaining that," Hardy said.

This is Hardy's 27th PGA Tour start and his fourth U.S. Open. His results have been mixed. After 14 events, he's had just one top-25 finish (the Zurich Classic) and he's ranked 182nd in the FedEx Cup points race.

Whether he can keep it up his play at Brookline remains to be seen. But one thing you often hear about young pros who graduate from the Korn Ferry Tour is that they are ready to win. They are made of stern stuff.

And it appears that Hardy is an interesting character, too. Ryan French, the FirePit Collective author who reports on Monday Qualifying tournaments for players hoping to get starts on the PGA Tour shared an interesting story about Hardy this week.

Take a look at the extract below. An unnamed player has revealed why Hardy "is one of the best teammates in the world".

Want to know what a good dude Nick Hardy is?

After he Monday Q’d into the Sony last year, a former teammate of his sent me this story. pic.twitter.com/9yGVrDuzD2

More: Phil Mickelson thought he was more prepared for Brookline

Apparently, this player was teamed with Hardy at The Big Ten Championship. Said player went to relieve himself in the trees but pulled his trousers up a little early and yep, you know what happens next.

"It looked like I peed myself," he reportedly said. When he showed Hardy, his reaction was apparently to go and purposely do the same thing.

"I laughed and smiled and it instantly changed my mood. I weent to the tee and proceeded to throw a dart. Nick didn't care. He wanted me to be comfortable and play my best and he was willing to p*** his pants in order to do so.

"We ended up winning Big 10s and he won individually. Get to know the name. You will see it alot."

So there you have it. Hardy, a good player.

But also a good dude.

Next page: Rory McIlroy makes the best double bogey you will ever see