Two-time PGA champion Brooks Koepka and Patrick Cantlay were part of a handful of players who are on course to miss the cut at Southern Hills. 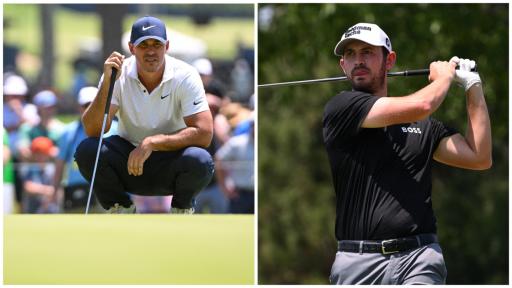 Southern Hills proved to be a challenge as the day grew older in the first round of the PGA Championship and it claimed many notable scalps.

This was the Northern Irishman's best opening-round score at a major championship since he posted the same score on his way to winning the US Open in 2011.

Woods, who won the US PGA in Tulsa at Southern Hills in 2007, was 2-under-par after five holes, but he made seven bogeys on his way to a 74.

This score was one better than Brooks Koepka. The four-time major champion hasn't enjoyed great form on the PGA Tour in 2022, which showed in yesterday's first round.

The 32-year-old made five bogeys in his first nine holes. His 75 has put him at risk of missing just his fourth ever cut since his major debut at the US Open in 2012.

Patrick Cantlay has been his consistent self this season, recording runner-up finishes at the WM Phoenix Open and the RBC Heritage.

However, Cantlay went one worse than Koepka and shot 6-over-par. He missed less than half of the greens at Southern Hills and made eight bogeys.

World No.32 Corey Conners finished tied 6th at The Masters in April, but he will need a storming second round to match his first major performance of 2022.

Conners is alongside Cantlay on 6-over-par as are Matthew Wolff and Ian Poulter. Former Masters champion Adam Scott had a day to forget as he toiled for a 7-over-par 77.

Next Page: "What is he thinking?!" Tyrrell Hatton dents green at PGA Championship