Bryson DeChambeau FORCED OUT of the US PGA Championship

Bryson DeChambeau decides to withdraw from the US PGA Championship at Southern Hills as he is "just not there yet". 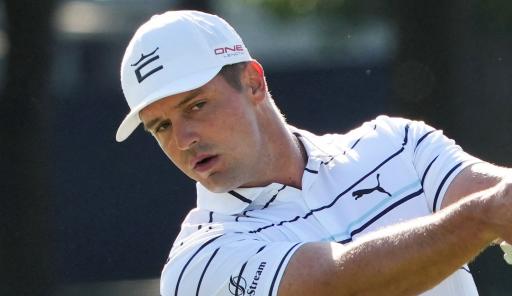 Bryson DeChambeau has been forced to withdraw from this week's US PGA Championship after not being fully fit to compete at Southern Hills.

DeChambeau, 28, has not played in a competitive tournament since missing the cut at The Masters in early April as a result of his wrist injury.

The 2020 US Open champion received surgery on his wrist on April 14 and since then, he has had the stitches out of his hand and practised at home, as per his updates on social media.

But despite giving it everything in order to try to compete in the year's second major, DeChambeau confirmed late Wednesday afternoon that he will not be teeing it up in Tulsa on Thursday.

After careful consideration, I have decided to WD from the @PGAChampionship. I want to make a full return when I am 100% ready to compete at golf’s highest level. Thank you all for the continued support!

According to Golf Channel's Ryan Lavner, DeChambeau is "realistically targeting Memorial" that takes place in two weeks' time on the PGA Tour.

When speaking to the media at Southern Hills on Tuesday, DeChambeau almost became emotional when discussing his time away from the PGA Tour with his broken wrist.

"It's a great step in the right direction and I'm proud of that. I'm proud of the fact that I'm here and I'm able to persevere through it," said DeChambeau in Tulsa.

"I've had a lot of stuff going on recently and just being out of the game is not fun. It's not been a fun thing for me, so I'm excited to get back and give it another shot. I think everybody deserves a second chance."

DeChambeau will be replaced in the field this week by Denny McCarthy.

Next Page: What is Bryson DeChambeau talking about here?