"Everyone deserves a second chance": What is Bryson DeChambeau talking about?

Bryson DeChambeau spoke about recovering from his wrist injury on Tuesday at the PGA Championship, but he made a very ambiguous statement... 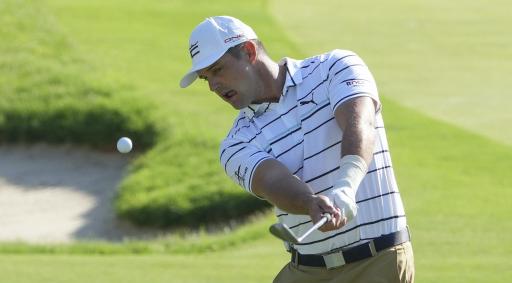 Bryson DeChambeau made a very ambiguous and unexpected comment when talking about his injury recovery at the PGA Championship.

When speaking to the media at Southern Hills on Tuesday, DeChambeau almost became emotional when discussing his time away from the PGA Tour with his broken wrist.

The 28-year-old hasn't played since missing the cut at The Masters and he has only made two cuts in the five events he has played in 2022.

"It's a great step in the right direction and I'm proud of that. I'm proud of the fact that I'm here and I'm able to persevere through it," said DeChambeau in Tulsa.

"I've had a lot of stuff going on recently and just being out of the game is not fun. It's not been a fun thing for me, so I'm excited to get back and give it another shot. I think everybody deserves a second chance."

The former US Open champion received surgery on his wrist on April 14 and since then, he has had the stitches out of his hand and practised at home, as per his updates on social media.

It is the comment regarding the "second chance" that has left golf fans baffled. This quote would suggest that DeChambeau has done wrong, but whatever this could be is unclear.

DeChambeau had been heavily linked with participation in the Saudi golf league, which is now the LIV Golf Invitational Series, but he rejected the move like many other players on the PGA Tour.

DeChambeau mentioned his personal life in his interview in Oklahoma on Tuesday. This could suggest he was referring to a matter in his private life.

Whatever the eight-time PGA Tour winner means, we hope it doesn't hinder his chances of winning a second major title.

Next Page: Brooks Koepka on beer prices at US PGA: "You drink enough, you'll be fine"