...and 9% of GolfMagic Readers think Tiger Woods will win the US PGA Championship at Southern Hills this week. 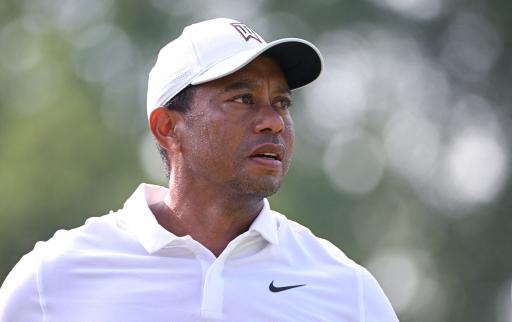 Should Tiger Woods do the unthinkable at odds of 66/1 and win a fifth PGA Championship at Southern Hills this week, then it will leave bookmakers around the world running for cover.

At least for sports bookmaker BetMGM, who declare a Woods win this Sunday as being their "biggest losing result in history."

BetMGM claim that Woods accounts for only 6% of their tickets heading into the year's second major championship today, but given his heavy odds it means he is their biggest liability.

And no doubt if Woods finds himself in contention heading into the weekend, even more punters will be getting involved... just to increase BetMGM's potential losses.

"If Tiger were to win, it would be the biggest losing result in BetMGM history," Jason Scott, BetMGM's VP of trading, told Golf Digest.

"Tiger missing the cut would be a good outcome for the sportsbook."

GolfMagic ran a little Twitter poll for our readers last night as to expectations for Woods this week, and 9% of our readers believe he can win the PGA Championship.

How will Tiger Woods get on at the US PGA this week?

Woods, 46, is making only his second competitive start of 2022 following a solo 47th at The Masters in April.

That marked his first tournament back on Tour following his horror car crash in Los Angeles in late February 2021.

Woods revealed during his pre-tournament press conference that he believes he can win a 16th career major title this week.

He also won at Southern Hills when the US PGA was played there last in 2007.

Related: Tiger Woods reveals why he has not spoken to Phil Mickelson recently

In need of some tipping advice ahead of this week's US PGA Championship?

We've picked out our four strongest selections for the action, so check them out in the link below.

GolfMagic's tipsters have been on a solid run of form with four wins in the last eight tournaments on the PGA Tour.

And don't worry BetMGM, we have not tipped up Tiger.

Next Page: Golf Betting Tips for the 2022 US PGA Championship