GolfMagic believes Xander Schauffele or Patrick Cantlay will become the next first-time major winner at this week's US PGA Championship at Southern Hills. 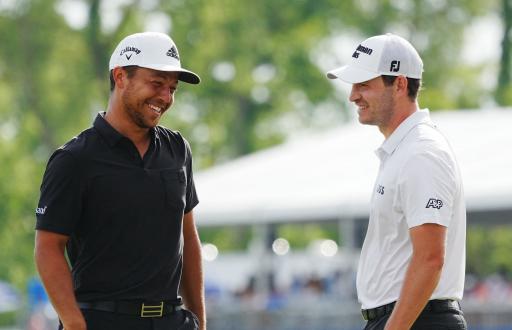 GolfMagic are back with four fresh selections this week as Andy and Matt look to land a fifth winner in the last nine weeks at the 2022 US PGA Championship.

Although the US PGA has been dominated by the withdrawal of Phil Mickelson so far, we have our field ready to tee it up at Southern Hills.

Tiger Woods is back and ready to compete in his second event since his serious car accident in February 2021. After finishing 47th at The Masters last month, Woods says he feels stronger for his week in Tulsa.

World No.1 Scottie Scheffler will be aiming to pick up his second consecutive major championship and his fifth win in his last nine starts.

Jordan Spieth arrives at the PGA Championship after winning the RBC Heritage and finishing second at the AT&T Byron Nelson. He is looking for the last piece of his major grand slam puzzle.

OFFER: Bet £10 and get £50 in FREE BETS with Bet365 by clicking on the links below and signing up for an account

Let's check out the four players we are backing to lift the famous Wanamaker Trophy this week:

Patrick Cantlay is very unlucky not to be a three-time winner in 2022. Having won at the Zurich Classic of New Orleans alongside Xander Schauffele, he has lost in playoffs at the WM Phoenix Open and the RBC Heritage.

The 30-year-old is fifth in birdie average and 10th in scoring average on the PGA Tour. He has made six top-10's in 10 events and his consistency is sure to give you a run for your money.

Xander Schauffele is hitting form at the perfect time. He shared victory with Cantlay at TPC Louisiana and he finished tied fifth in Texas last week. Since the 2017 PGA Championship, he has achieved five top-5 finishes at major tournaments.

The 28-year-old is ranked ninth in birdie average and ranked 16th in greens in regulation. Schauffele is a five-time winner on the PGA Tour and it's only a matter of time until he breaks the major door down.

A boring pick perhaps, but Scottie Scheffler can no longer be undermined. He entered the month of February winless on tour, but now, he has four victories and has reached the top of the world rankings.

He has only played twice since The Masters, but even when not on his A-game, he finished tied 15th at TPC Craig Ranch last week. Scheffler has said Southern Hills is one of his favourite courses and he reportedly shot 66 in a practice round recently.

Shane Lowry has been desperately unlucky in recent weeks on tour. He came second at the Honda Classic, tied third at The Masters and tied third at the RBC Heritage.

The Irishman is a major champion and previous winner of the old Bridgestone Invitational. He has big-event credentials and he is ranked sixth in strokes gained in 2022.