Rory McIlroy says talk of rival league is now "toxic" as he cut a sympathetic tone over Phil Mickelson and Greg Norman. 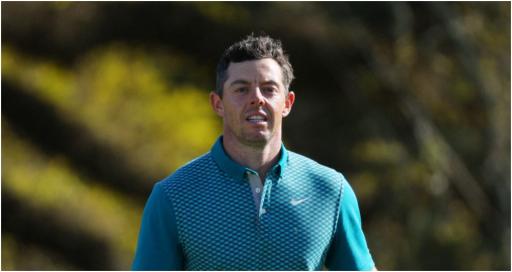 Rory McIlroy says he was too strong in his initial criticism of the exiled Phil Mickelson and his stance has now softened.

McIlroy, 33, heads into the PGA Championship at Southern Hills in Oklahoma where the big talking point is the absent reigning champion.

Mickelson decided to withdraw from the tournament last week. In 2021, he became the oldest man to win a major at Kiawah Island aged 51.

It was a captivating, spell-binding performance that inspired the entire golf world. Now his reputation is heavily damaged.

The Northern Irishman was previously very strongly spoken about Lefty when his words about working with the Saudis became public.

Lefty said he was happy to overlook Saudi Arabia's human rights abuses as it was a once in a life-time opportunity to re-shape the PGA Tour.

It led to McIlroy claiming that Mickelson's remarks and actions were naive, selfish, egotistical and arrogant.

Now McIlroy is just rooting for the whole thing to be over as he admitted that his previous comments over the Saudi-backed league being "dead in the water" before the Genesis Inviational were a bit "presumptuous".

"I certainly don't think he should be shut out of the game!"

Speaking ahead of the PGA Championship, Rory McIlroy discusses Phil Mickelson and the controversy surrounding the Saudi Golf League  pic.twitter.com/zo4xhTuq3Q

McIlroy was asked whether he has any sympathy for Mickelson or if Lefty needed to accept the consequences of his actions.

He told Sky Sports: "I think a little bit of both. He's made decisions and certain, y'know, he's had to live with certain consequences of that.

"But I think at this point it's like - okay, people could say there were some actions but for the most part they were words.

"And I think people can be forgiven for words. I came out a little strongly against him right at the start.

"But then my stance has definitely softened over the last few weeks.

"Phil Mickelson has been a legend of our game for the last 30 years and I certainly don't think he should be shut out of the game.

"I think whenever he comes back he should be... y'know maybe a little less, or more gracious is maybe the word.

"He's said some bad things and offended some people but I don't think that that makes it right to completely shut him out of the game of golf.

"I think he will be welcomed back and I think a lot of players will be happy to see him back but that will all be in his own time and wherever he decides to show up again.

"That's his decision and it's sort of more where he is more comfortable showing up again I guess."

McIlroy said the whole situation regarding the breakaway league is now "toxic".

He told the publication: "I think at the start it [the decision not to play] was a moral one.

"This [Norman's league] has been floating around for the last seven or eight years.

"Now, at this point, it's just so toxic to talk about that for me, it's more of a self-preservation thing. I don't need to get involved and I'm not going to get involved."

McIlroy was also asked what he thinks of Norman.

He said: "I think Greg is in a very tough position because he's taken the role of being the leader of something that is very divisive.

"Greg can sit with the media for five hours and give four hours and 50 minutes of pretty good answers, and the 10 minutes that he maybe drops his guard is what's going to be picked up on.

"I just think he's in a no-win situation. He's made that decision himself, and he has to deal with the questions that are being thrown at him. It's certainly not a position that I'd like to be in."

Next page: How to live stream PGA Championship online for free