Golf Betting Tips: Our TOP BETS for the 2021 PGA Championship

The second major of the year has arrived, but who are we backing? 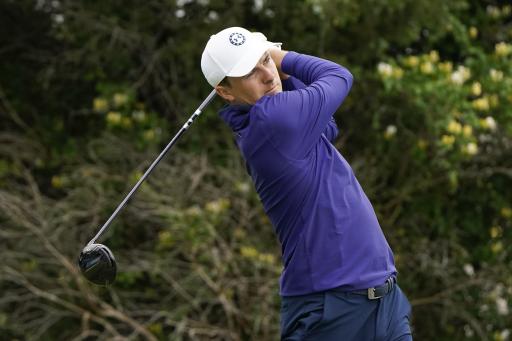 The time has come for the second major of the year and golf fans around the world are ready for an action-packed week at Kiawah Island, where the best players in the world will tee it up at the Ocean Course.

Rory McIlroy leads the way with the bookmakers and it's no surprise, given his recent return to form winning the Wells Fargo Championship, combined with his history at Kiawah Island, the place he won his first PGA Championship back in 2012.

The Northern Irishman faces strong competition, with the likes of Dustin Johnson, Justin Thomas and Bryson DeChambeau all eager to add another major trophy to their cabinets.

So with just a few days until the action begins, take a look at our main two selections for the week, as well as a few players we think have an outside chance of finishing high up the leaderboard.

Jordan Spieth is just a PGA Championship away from joining the elite club of Career Grand Slam golfers and with a recent resurgence back to form, Kiawah Island's Ocean Course could be the ideal place for him to win his missing major.

Although the Ocean Course is long, the breezy conditions and course design suits players who know how to conquer links courses and with Spieth's last major win coming at The Open, he certainly fits the bill.

Spieth's drop in form wasn't fun for anyone to see and having almost dropped out the top 100, the American is now making strides back to the top and we believe he could be the man to lift the trophy come Sunday.

Although Tony Finau is 14th in the world right now, he has made a name for himself as being a 'nearly' man, having only won once on the PGA Tour, whilst racking up a serious amount of runner-up finishes.

Form wise he's not in the best of shape, but neither was Hideki Matsuyama before claiming his first major at The Masters last month.

Again looking at strong wind players, Finau has recorded some excellent finishes at Open Championships, most recently in 2019 at Royal Portrush where he came 3rd.

Combine Finau's ability to play well in breezy conditions, with his pure power off the tee and the Ocean Course should be a destination where Finau can shine and at odds of 40/1, we think he's worth backing.

With many bookmakers paying out each way bets for the first 11 places, here's a few players with bigger odds that could get you a great return without winning the tournament.

NEXT PAGE: US PGA Championship 2021 Course Guide: A hole-by-hole look at Kiawah Island