Golf caddies UNSURE about rangefinders at US PGA Championship 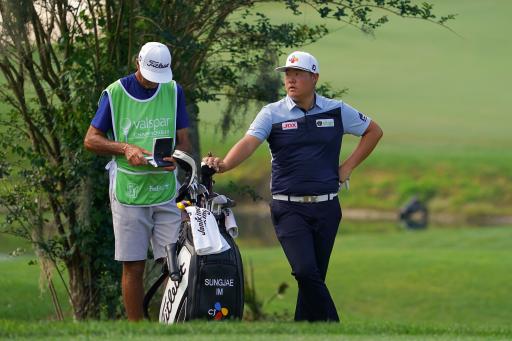 A number of golf caddies have revealed their confusion at the use of laser rangefinders for the first time in a major tournament this week at the US PGA Championship.

The decision to introduce distance-measuring devices was made by the PGA of America in a bid to help speed up play, but according to one caddie lining up at Kiawah Island this week, a rangefinder will make no bit of difference.

"It's handy to have the rangefinder but it's not going to speed up play," said Scott Sajtinac, who is caddying for 2013 US PGA champion Jason Dufner.

"I'll have the laser in my bib but how many times I pull it out, who knows."

Laser rangefinders have been around for the best part of 25 years, but have only previously been permitted in amateur tournaments.

But now they are being used at golf's second major of the year, a report in The Telegraph today claims "there is fear and loathing in the caddie lounge as rangefinders threaten to transform major golf."

He added: "It does not change the way a full-time professional caddie gets his yardages. We're always going to revert to the yardage book which we know is accurate to inches.

"Our yardage book is done with a GPS satellite to the nearest foot. We know it's spot on.

"Being able to use the rangefinder is much ado about nothing."

INTERVIEW: BUSHNELL BOSS TELLS GOLFMAGIC THAT LASERS WILL BE USED ON TOUR FOR YEARS TO COME

GolfMagic reached out to an unnamed caddie at Kiawah Island this week, and he told us that lasers are a "complete waste of time this week".

He added: "I personally don't think we will be using a rangefinder at all. Maybe once or twice. We rely too heavily, and are very comfortable using our yardage books and we don't want anything to change our strategy, especially in a tournament as big as the US PGA."

NEXT PAGE: JUSTIN THOMAS STRONGLY DISAGREES WITH THE USE OF LASER RANGEFINDERS AT THE US PGA