Patton Kizzire is currently in tied 76th place at the PGA Championship and he had some very strong words for the host venue in Tulsa. 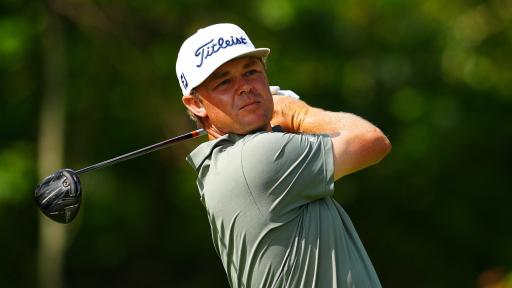 PGA Tour player Patton Kizzire described Southern Hills as "overrated" as he struggled to a 78 in the third round of the PGA Championship.

The 36-year-old toiled on day three in Tulsa, making six bogeys and a disappointing triple-bogey at the par-3 6th hole. He is 12-over-par for the event.

He is in joint last place alongside Sepp Straka and fellow American Maverick McNealy and after his round on Saturday, he couldn't contain his frustration.

The two-time PGA Tour winner was incensed by the course which has hosted eight major championships in total. Southern Hills last hosted the PGA Championship in 2007.

Kizzire is not on his own this week in criticising the layout of the golf course. Englishman Tyrrell Hatton was also unhappy with the conditions in Oklahoma.

"It would be nice if they were a bit more creative with course setup rather than just trying to make it hard through length all the time. (The) PGA seems to just be getting longer each time we come back and play."

Much like Kizzire, Hatton had a disappointing round on Saturday. His 74 took him to 2-over-par for the week and seemingly out of contention.

Next Page: Who is US PGA leader Mito Pereira's wife?: Meet Antonia Prida