Tiger Woods WITHDRAWS from 104th PGA Championship after third round 79

Tiger Woods has decided not to play the fourth round of the PGA Championship at Southern Hills. 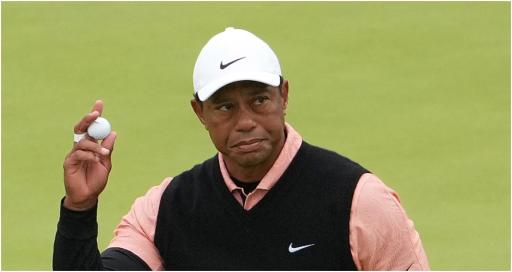 Tiger Woods has confirmed his withdrawal from the 104th PGA Championship after visibly wearing the effects of his near-fatal car crash.

Related: Tiger has a great new nickname for Jordan Spieth

Woods, 46, played in his second consecutive major at Southern Hills and showed his typical determination, grit and champion's mindset by making the cut with a stroke to spare.

But a 9-over par 79 on Saturday – his worst ever score in a major that he has won on four occasions – meant that he was out of the championship with nothing to prove and nothing to gain.

Of course, Woods will have wanted to show some pride by carrying on but it appears that the pain has got too much. In his warm-up, his right leg appeared to buckle and he almost fell over.

Tiger Woods has withdrawn after Round 3 from the 2022 PGA Championship. pic.twitter.com/I4TiYAgvoM

Over the course of three days' play Woods could be seen gingerly placing weight on his left leg to retrieve his golf ball from the cup which was in contrast to what we saw at the Masters a month ago.

More often than not, he was using his golf clubs to steady himself at times as he navigated the undulating hills in Oklahoma. Even Rory McIlroy was surprised he didn't pack up and go home.

"He's the ultimate professional," McIlroy, 33, said after he watched his good friend battle to make the cut on Friday with several gutsy par putts and rescues from the sand.

Where and when we will next see Woods remains to be seen. He has previously indicated his desire to play the 150th Open at St Andrews in July. Could that be his last hurrah?

Next page: Pro makes all-time bogey from the sand after benefitting from rules change