"It's the same feeling as turning the knife over" 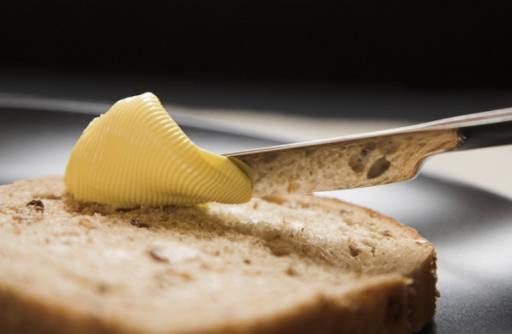 There is no shot in golf that gives an amateur more satisfaction than a powerful draw off the tee, writes European Senior Tour pro John Hoskison.

In the days of wooden-headed clubs they used to call this the ‘spread’ shot.

The name comes from a tip that was regularly used to describe the feeling of how the hands and forearms work through the ball, turning right over left to impart a draw spin.

Today the feeling remains the same.

Imagine spreading butter on a piece of toast with a knife - the feeling of gripping the handle and automatically rolling the right hand and wrist over to spread butter over the surface.

This is exactly how the hands should work for a right-handed golfer when hitting a draw (reverse for a left-hander).

Take your grip on the club and through impact roll the right wrist and arm over as if spreading the butter.

Imagine if you didn’t allow the knife to roll over, the leading edge of the blade would immediately cut into the bread instead of smoothing the butter over it.

So if you want to hit that draw shot paint that spreading picture in your head and allow the hands and arms to roll over through the shot and release the clubhead.