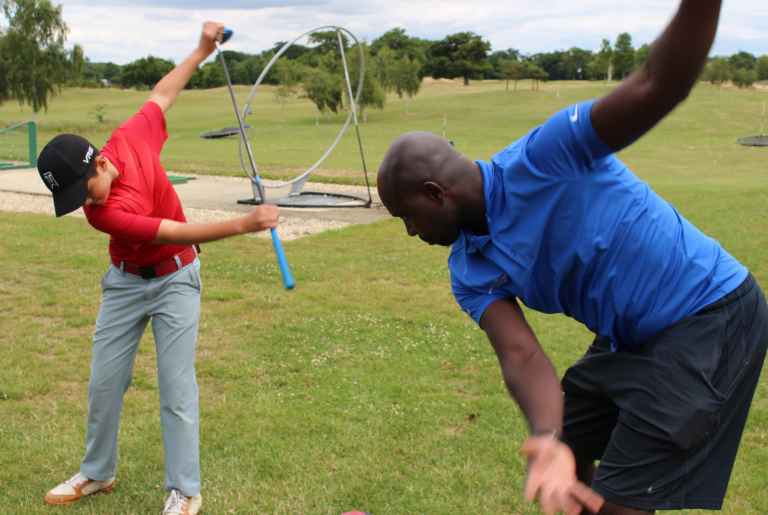 First up, it was a series of fitness drills for Eddie.

"Just like we've seen in recent years with Dustin Johnson and Brooks Koepka, it's vital to create the athlete first, and the golfer second," says Adam.

And that's where Eddie's personal trainer Jay Sylla comes in...

"I truly believe timing and flexibility is crucial for all golfers, so Eddie and I have been working on this a lot," says Jay.

"We sometimes use a medicine ball or a swiss ball, but to start with today we're just going to use the driver. This swinging movement helps to improve rotational ability and overall flexibility.

"A key move for golfers to hit the ball a long way is good thoracic rotation, and this drill does that perfectly.

"We don't want to force it though, we just want to let everything come naturally with the movement." 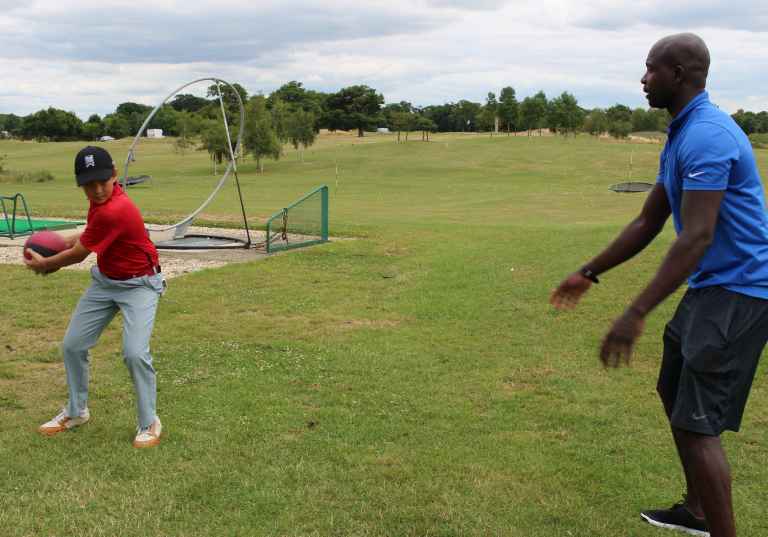 Jay then got Eddie to work on his timing and stability with a series of ball throws.

One of which was to get Eddie on one leg, not only to keep things fun but to improve his overall balance.

After that, it was onto the legs and lower core with a series of squats and spins.

"Eddie had massive issues with controlling his pelvis," says Adam.

"Thanks to the great work he's done with Jay, we've now got more control of what his pelvis does in the swing and he's got more glute strength without him even having to think about.

"We don't want Eddie thinking too technically, we want to keep things fun, but he's improving his body the whole time and that is making a big difference to his progression." 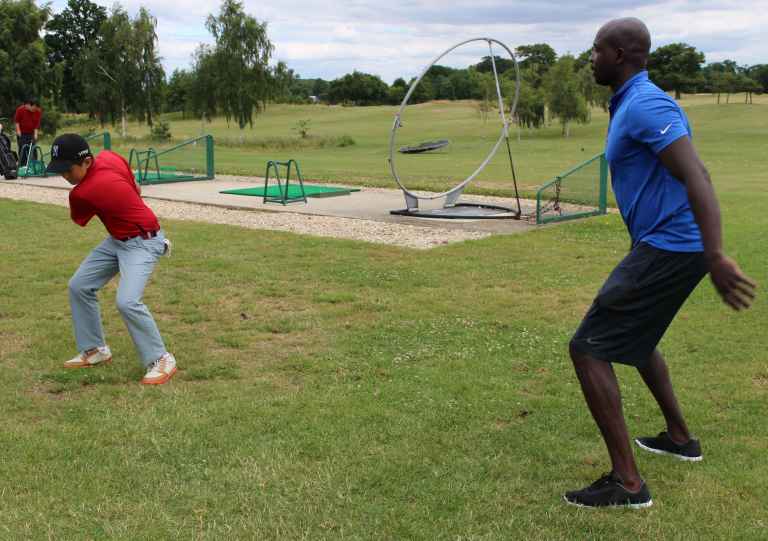 Jay adds: "I work Eddie hard on the areas Adam wants to see improvements in. I know how passionate Adam is about all his coaching. It's a real team effort at the end of the day, and we could not be happier with how Eddie is doing." 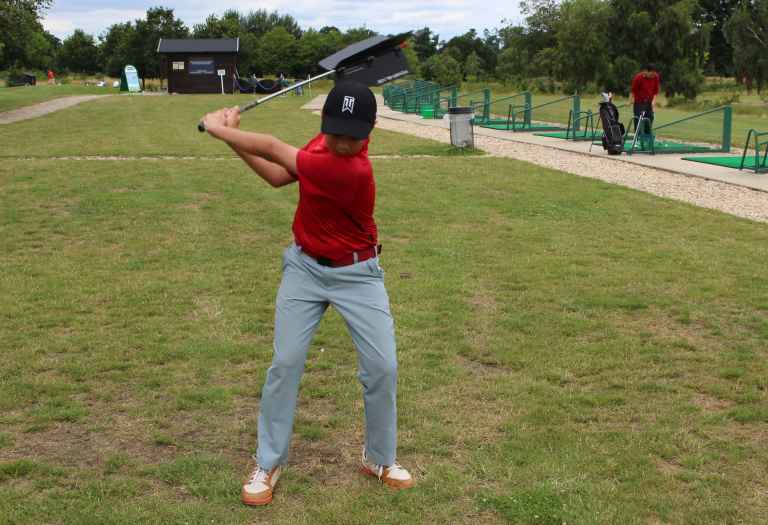 Just when I thought the fitness circuits were over, there was one more.

This time, they guys got Eddie swinging the Power Blade - a drill that improves speed and power in the golf swing, which is obviously vital for longer drives.

"Speed, flexibility and power," says Jay. "That's all we're trying to work on."

Now it was time for some short game challenges...