Patrick Reed, Talor Gooch, Ian Poulter and Lee Westwood are a handful of players from the LIV Golf Tour set to tee it up on the DP World Tour at Wentworth in September. 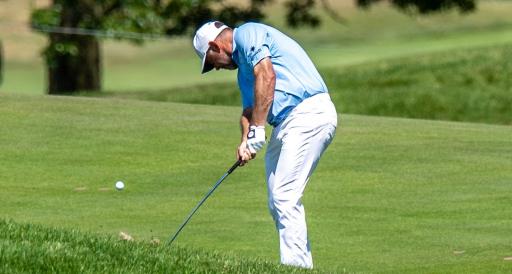 A large group of LIV Golf Tour players are set to play in the BMW PGA Championship at Wentworth as the DP World Tour continue its forgiving approach to the defectors.

As pointed out by Jamie Weir from Sky Sports, Patrick Reed, Talor Gooch, Lee Westwood and Ian Poulter are on the entry list for the old European Tour's flagship event to be held at its flagship venue in September.

Although this group of players, which also includes Sergio Garcia, Graeme McDowell and Martin Kaymer, have been suspended from the PGA Tour, the DP World Tour hasn't taken such an aggressive line.

Players were suspended from the Genesis Scottish Open, the Barbasol Championship and the Barracuda Championship, but these were co-sanctioned events between the DP World and the PGA Tours.

Many of these players, such as Kevin Na, Abraham Ancer and Jason Kokrak, would likely never play at the BMW PGA Championship, but now they are compelled to subsidise their schedules as they are ineligible to play on the PGA Tour.

Westwood, a two-time runner-up at the BMW PGA, hopes hypocrites from the PGA Tour "choke on their words" after the recent announcement that the Tour's 2023 schedule will include 20 no-cut events with purses of $20 million.

This format is dangerously similar to the format of LIV Golf which has been so heavily criticised. His fellow Englishman Ian Poulter has also accused the DP World Tour of "treating him differently."

Poulter played in the D+D Real Czech Masters last week, just his third appearance on the European circuit of 2022, and he expressed his disappointment on social media of not having access to footage from the event in Prague.

Meanwhile, PReed has sued Brandel Chamblee and Golf Channel for defamation, seeking up to $750 million in damages. His lawyer Larry Klayman has also served subpoena notices to Tiger Woods and Rory McIlroy for the special meeting they held before the BMW Championship.

With the presence of LIV Golf players comes a number of different dynamics and controversial talking points at Wentworth, which could potentially cloud the golf on show.