Tiger Woods has announced the PopStroke Tour Championship will take place in October with an individual and team element. 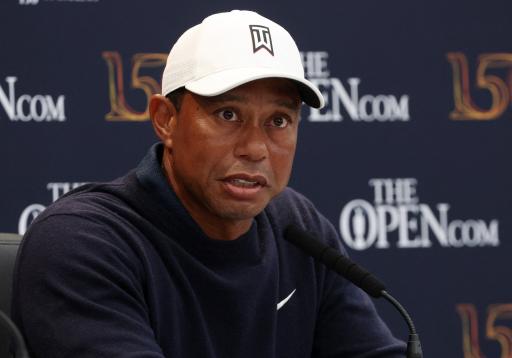 Tiger Woods may not be playing at the moment but he's certainly keeping himself busy.

Woods, 46, appears to have saved the PGA Tour's blushes - at least for now - with the announcement of sweeping and lucrative changes by the PGA Tour to try and stop LIV Golf pinching even more of their best players.

The 15-time major champion has also announced he is a co-founder of TMRW Sports alongside Rory McIlroy. Together, they will spearhead a Monday night golf league in partnership with the PGA Tour. It is called TGL.

Now, Woods has announced that the PopStroke Tour Championship will be held over October 26-28 at the facility in Sarasota, Florida.

The event will be sponsored by TaylorMade.

PopStroke was founded in 2018. If you didn't know, each location features two 18-hole putting courses designed by the big cat himself.

There is also an outdoor dining area at each facility. It does look pretty cool, to be honest.

The other PopStroke facilities are in Florida, Fort Myers and Port St. Lucie. There are more locations planned.

Do you have what it takes to win? I am excited to announce the PopStroke Tour Championship presented by @TaylorMadeGolf, which will be held on October 26-28 at @PopstrokeGolf Sarasota. Please visit https://t.co/wS7C4R78ZM to register now! pic.twitter.com/GixCjqs3YB

How will the championship work?

It will have both team and individual competitions.

The individual element is limited to 100 players competing for a $25,000 purse over a 72-hole stroke play format. There is a 36-hole cut.

Entries are accepted for teams and individuals in the order they are submitted.