If you are looking for a new way to make your round more interesting, we have found five formats to spice things up... 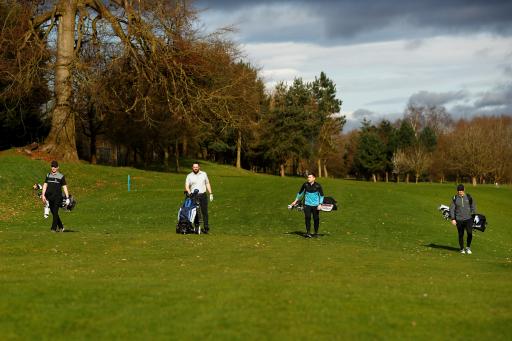 Thousands of golfers have been itching to return to the course and play with, and indeed against, their friends.

Strokeplay and matchplay are the two most common formats that golfers use to determine a winner, but these are not the only ways in which you and your pals can enjoy a round.

Whether you are playing in a two-ball, three-ball or a four-ball, there are many fun ways in which you can decide who buys the drinks at the end of the round, and we have suggested some formats you could try.

Which is your favourite golf format to play with your mates on the course? Is it one of the below? Let us know your favourite over on our social media channels, or come and join us on our YouTube Channel...

This format is ideal for a two-ball but could also work in a three-ball, whereby winning a skin keeps you in the game no matter how well you are playing.

If you get a better score than your opponent on a hole then you win a skin. If you both shoot the same score on a hole, that skin rolls over and the next hole is worth two skins. Things can build up and become very exciting.

This is a well-known format that we see played at the likes of the Ryder Cup, Presidents Cup and Solheim Cup. Two pairs play against each other, taking alternate shots and alternate tee shots on each hole.

This format brings a different type of pressure as you are now responsible for where your partner plays the next shot from.

A personal favourite of ours here at GolfMagic.

Often used as a fun event at golf clubs across the country, a Texas Scramble requires each member of your team to tee off and choose which ball you all play from next and this continues for every shot.

This can be used for any size of group and brings its own rules with it, such as using a certain number of drives from each teammate.

You should get some very low scores with this one, if everyone is on their A-game at least!

Nassau is a versatile format that splits the round into the front nine, back nine and full 18 holes.

You can compete against your opponent in three different matches here and it is up to the group whether you play matchplay, strokeplay or four-ball better ball.

Snake is a fun and practical game that provides great entertainment and is useful as practice.

Each time a golfer makes a three-putt, they become the snake and remain so until someone else three-putts. Whoever is the snake at the end of the round must pay the pre-decided wager.