More than HALF of golf courses in USA are now open

National Golf Foundation reveals 58% of US courses are open despite the coronavirus lockdown... 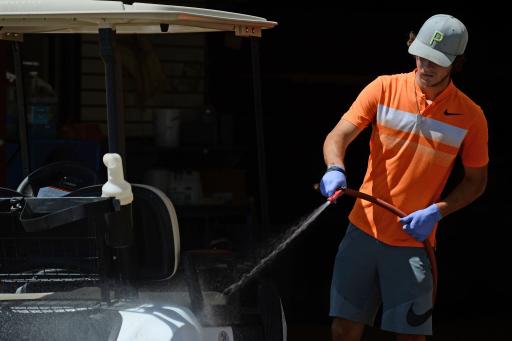 More than HALF of the golf courses in the United States are now open despite the ongoing coronavirus lockdown in the country, according to the latest update by the National Golf Foundation.

It claims that 58% of more than 1,200 golf courses surveyed have their doors open to the public in the United States as of the week ending April 26. This statistic stood at 49% two weeks ago.

However, Illinois is to reopen golf courses as of May 1, with Washington doing the same from May 5.

It must be noted that a number of golf courses that are closed in the United States have been given the option to reopen.

With no guests occupying hotels, spas and restaurants, for example, it is easy to understand why a number of top-end golf resorts in the likes of Florida, California and Texas have chosen to remain closed despite no statewide ban on playing golf.

NGF anticipates the total number of golf courses to be open nationwide will soon climb to 68%.

This rise includes those northern tracks that are coming online based on seasonality.

NGF's latest report showed that nationwide 44% of municipal courses were open April 26, a rise from 40% the week before.

Private clubs increased from 52% to 60% in that time span.

NEXT PAGE: GOLF SHOULD AND CAN RETURN QUICKLY DESPITE LOCKDOWN