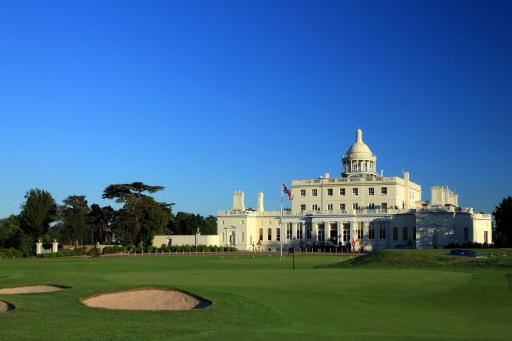 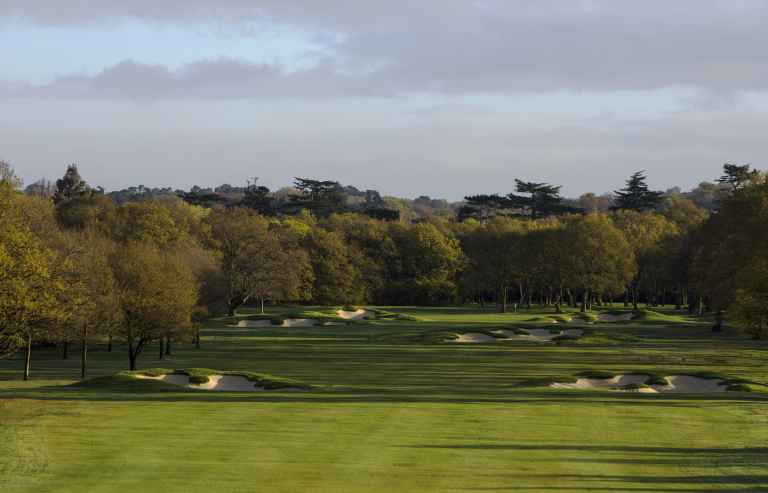 Stoke Park has reopened the front nine of its characterful Colt Course after an extensive bunker renovation over the winter months.

The club, which is spending a seven-figure sum on its 27 holes, has changed the size and shape of many of the bunkers on the opening stretch, and the quality of the sand has also improved. 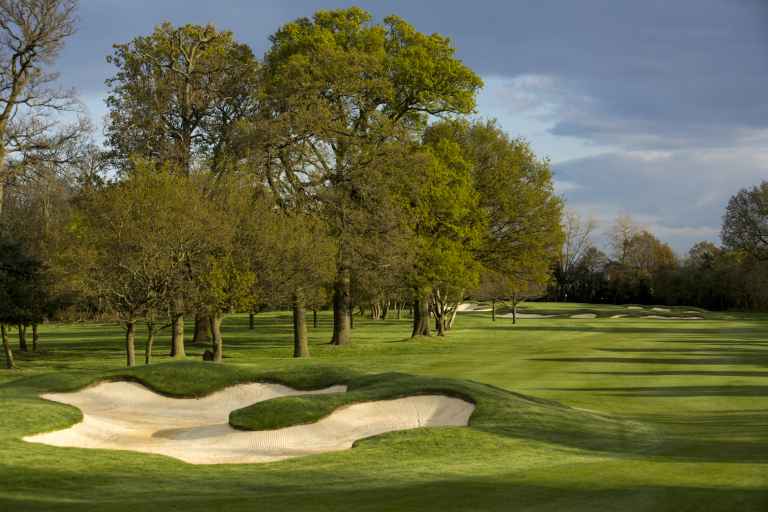 The hazards remain in the same position, and rightfully so, as each one is surgically placed in strategic positions to punish the errant player, and force golfers to stop and ponder before reaching for a club.

Designed by esteemed architect Harry Colt in 1908, the course gives you an insight as to what is to come on the first tee, which enjoys a stunning backdrop of the opulent hotel.

Bunkers to the right, bunkers to the left – piping it down the middle is the only option on the first if you want to attack the green – which, alas, is guarded by bunkers.

The par-three third, which played roughly 200 yards uphill, requires a precise iron shot if you want to stay on the dance floor. Go in the sand on the right at your peril – it’s so deep and dangerous, the pro we played with took three jabs to come out.

The fourth is a superb par four, albeit a very tough one. Longer players must hit a fade from the tee in order to miss the bunkers that line the left side of the hole, but overdo the anana bend and you’ll be in the bountiful fir trees, or out of bounds on the right. Chalking a par should bring a smile to even the lowest handicappers.

The signature hole on the opening nine is the seventh, which served as inspiration to the 16th at Augusta. Alister MacKenzie, designer of the Georgian masterpiece, was once a colleague of Colt and came to know the seventh at Stoke Park well.

Playing around 150 yards from an elevated tee, the green is laid out diagonally and set into a slope with bunkers waiting at the back, while the green falls away to a remodelled brook and lake at the front.

From the par-four eighth tee, it appears hard to spot any fairway in the landing area. Bunkers litter the fairway, and more sand nearer the green makes the second shot a blind one.

Undoubtedly, the overall quality of the front nine has been raised following the refurb, firmly establishing the layout as one of England’s premier golf courses.

Sprawled across 300 acres of mid-19th Century parkland, Stoke Park Country Club is one of two five-AA Red Star golf clubs in England. The club is cloaked in history, with the land it stands on recorded in the Domesday Book of 1086.

It famously featured in Goldfinger, Layer Cake and Bridget Jones, and hosts a pre-Wimbledon warm up, with many of the world’s elite players helicoptering in to compete.

With the remaining 18 holes getting the same treatment as the front nine in coming months, it’s most definitely worth a trip to Buckinghamshire to experience the test for yourself.

To book the Harry Colt Break, enquire about a corporate golf day with an exclusive hole-in-one opportunity, or just for more information, call 01753 717171 or email reservations@stokepark.com.