Unfortunately, Beef Johnston revealed on social media that he has suffered another injury setback and will miss the event at Yas Links this week. 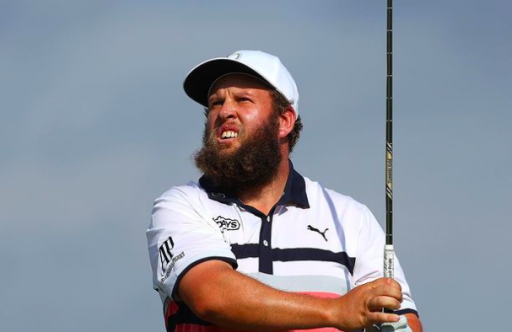 Andrew Beef Johnston has unfortunately revealed he will miss out on the Abu Dhabi HSBC Championship this week due to injury.

In his own words, Johnston was keen to begin the 2022 season by avoiding injury but now he will miss the tournament at Yas Links which features a stellar cast of players.

"I’ve picked up another injury and can’t play @adgolfchamps it’s not what I wanted at all. After the way I played last year I was ready to pick up where I left off hoping for an injury-free season but not to be," Beef wrote on Instagram.

"I'm still really positive about this year and the biggest positive is I’ve got these 2 by my side which is more important than any golf tournament. Hope everyone is good and can’t wait to see u soon."

RELATED: HOW DID TIGER WOODS EXPLAIN HIS SPLIT WITH WIFE ELIN NORDEGREN TO HIS KIDS?

The 32-year-old, who won the Open de Espana in 2016, has had problems with injury in the past. In 2017, he was forced to withdraw from the PGA Championship with a shoulder injury and he also missed the British Masters that year too.

After he picked up his maiden win on the DP World Tour six years ago, Beef became one of the most popular players in the world. This was also the same year that he finished eighth at The Open Championship.

In the summer of 2019, Johnston endeared himself to the public even more when he opened up about his mental health struggles.

"When it boils down to it, I’m just a guy who’s gone from playing golf at North Middlesex with all of my mates, having a laugh and messing around to having pretty much everybody know who I am," Beef said, speaking to bunkered earlier this month.

"It just kind of happened. It wasn’t planned or anything like that, so I didn’t really know how to handle it.

"It kind of took me a couple of years to figure that out but I feel like I have. I know what it is and I understand it, which is why I’m way better now than I was."

At least with injury this time around, Johnston has the comfort of his wife Jodie and his daughter Harley Noelle, who are pictured above.

Jodie gave birth to their daughter in 2019 which was no doubt the boost that Beef needed to put his mental health struggles aside.