Rory McIlroy returns to his happy place this week (here's why)

Rory McIlroy begins his 2022 in Abu Dhabi and this remarkable statistic shows why he is so comfortable playing in this part of the world. 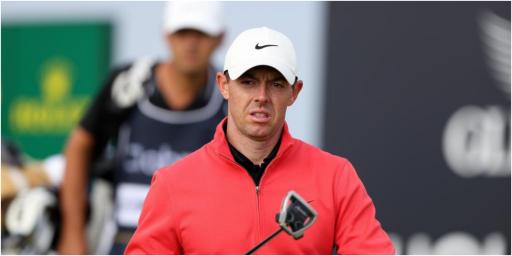 Rory McIlroy returns to Abu Dhabi this week to begin his 2022 - and judging by this remarkable statistic will inevitably be at the top of the leaderboard.

It appears McIlroy has a connection with this part of the world. It is, afterall, where he picked up his first win at the Dubai Desert Classic in 2009.

A wide-eyed and bushy-haired McIlroy was in the field with Tiger Woods that week and still commanded an awful lot of attention.

There's something special about this kid.

Even his father, Gerry McIlroy, told the media he had watched his son turn from a boy into a man during those four days.

Related: How Jordan Spieth could be the key for Rory McIlroy

More: How did Tiger Woods explain his split with Elin Nordegren to his children?

More: The best stinger video ever?!

His final round, looking back all these years later, was absolutely peak McIlroy. Eight birdies (five on the spin), four bogeys (three in a row). Throw a double bogey in there, too, for good measure.

His caddie at the time, JP Fitzgerald, reportedly told him "Big players love these situations" as McIlroy grappled with his game as he watched his five-shot lead diminish to one. "You're a big player. This is why we are here."

McIlroy sent his third shot into the par-15 18th sailing over the back of the green. He was left with a treacherous bunker shot with the trouble of water looming if he caught it thin.

Of course, McIlroy scrambled and saved par to claim his first win playing alongside Justin Rose.

The rest, as they say, is history.

McIlroy has proven since then he is a big-time player made for big moments. Major wins, clutch Ryder Cup putts. You name it, he's done it.

We all know that McIlroy has got to scratch the major itch this year. Surely this year will be the year of McIlroy?

He feels comfortable here, Paul McGinley said. McIlroy is said to enjoy the lifestyle too. Even this week we saw him putting in the work in the gym.

There is a freshness about him in these parts. The conditions suit everybody - but him especially - as he's able to take the ball over corners on par-5s and only have a wedge in his hand into the green.

This remarkable statistic at McIlroy's opening events from 2016 to 2021 shows how impressive he is in these parts of the world.

And yet, there is still the feeling that he could have achieved more over here. What happened last year at the DP World Tour Championship was especially painful as Collin Morikawa claimed the win.

He let his feelings known about that. Just don't ever ask him about that topic ever again.

Last year at the Abu Dhabi HSBC Championship he led by a shot going into the final round and ended up finishing five shots behind.

Rory McIlroy has returned to his happy place. The only question is, just how much will he be smiling come Sunday?