Min Woo Lee has broken into the top 50 players in the world rankings for the first time in his career, adding to the good times that Australia are seeing in the world of sport. 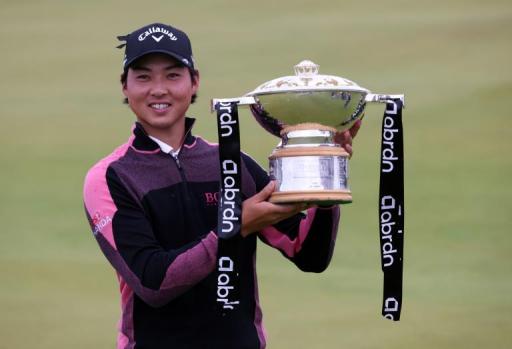 Australian sport is on a fantastic high at the moment, experiencing great success in many disciplines and more success is on the horizon.

Earlier this month, the baggy green of Australia won the T20 Cricket World Cup for the first time, beating New Zealand by eight wickets in Dubai.

At the weekend in the world of boxing, George Kambosos beat Teofimo Lopez, one of the best fighters in the world, to stun the sport and take the WBA, WBO and IBF belts in the lightweight division.

Very soon, Australia will be primed and ready to retain the Ashes in what will be a tough task as ever for England to win the famous urn on away soil.

RELATED: PRO GOLFER COULD MISS HIS OWN WEDDING STRANDED IN SOUTH AFRICA

Min Woo Lee is one of the most impressive and exciting Australian golfers in the world, which is a significant label considering the golfing talent the sport continues to produce.

Woke up to this news… Top 50 Golfer in the world!!!!!! Hard work + Dreams Couldn’t have done it without my team and supporters. Over the moon pic.twitter.com/zRysSbBaAt

And now Lee has been rewarded with the best news of his career so far. He has broken into the top 50 players in world golf for the first time.

Lee finished sixth in the Race to Dubai standings in the 2021 season and he was one of only six players who could win the season-long points list at the DP World Tour Championship.

The 23-year-old won his first DP World Tour event in 2020 at the ISPS HANDA Vic Open and he had the best week of his career in July at the Scottish Open.

He beat Matthew Fitzpatrick and Thomas Detry in a playoff to win his first Rolex Series event. His last 12 months have been some of the best of his career.

He also finished tied second at the Andalucia Masters and tied fourth at the AVIV Dubai Championship in the back end of the old European Tour season.

At just 23 years old, the future is still extremely bright for Lee.

NEXT PAGE: GOLF QUIZ: CAN YOU NAME THE LAST 30 WINNERS OF THE MASTERS?