Pro golfer could miss his own WEDDING stranded in South Africa

Ashley Chesters finished tied third in the 36-hole Joburg Open, but he now faces a nervous wait to fly back to the UK. 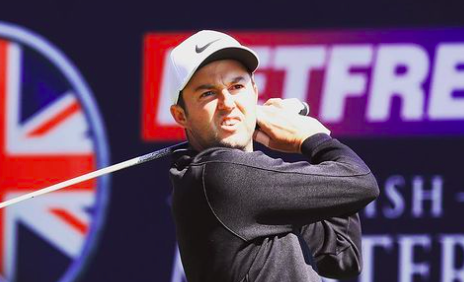 DP World Tour player Ashley Chesters faces a race against time to make his wedding on December 18 as he doesn't know when he will arrive back in the UK from South Africa.

Chesters finished tied third at the Joburg Open and by doing so, he confirmed his place at the 150th Open Championship in 2022 and just under £40,000 in prize money.

The tournament was cut to 54 holes due to a new Covid-19 variant being found in South Africa, this allowed non-South African players an extra day to get home.

However, due to inclement weather, the tournament was cut to 36 holes. Chesters doesn't regret his decision to play on as he lost his full playing rights on the DP World Tour last season.

But when he returns home, and he doesn't know when this will be, he will have to isolate for 10 days in a hotel. This makes it a nervous wait to see if he will make his wedding on December 18.

"I was supposed to be on a flight to Dubai today, but it was cancelled because of this new variant," Chesters told The Telegraph.

"The (DP World Tour) Tour are working on something but it’s not looking great. Hayley is waiting patiently at home. She doesn’t sound as though she’s annoyed at me, but she may have told me differently to how she is really thinking!"

After the first round of the Joburg Open, a number of English and Irish golfers withdrew from the tournament to scramble home before the red-list deadline on Sunday.

The emergence of the new variant, which has now appeared in positive Covid-19 cases in the UK, has caused the Alfred Dunhill Championship at Leopard Creek to be cancelled.

RELATED: GOLF QUIZ: CAN YOU NAME THE LAST 30 WINNERS OF THE MASTERS?

With this cancellation, the DP World Tour will not return until January at the Abu Dhabi HSBC Championship, which is far from an ideal start to the new era.

"Because of where I am in my career, having lost my full status last season, I didn’t really think withdrawing was an option. Plus, there was the chance to get in the Open and it will be a special one, with the Old Course having great memories for me," Chesters added.

"I don’t have any regrets. People have been in far, far worse situations because of this pandemic and I’ll do the 10 days, no problem.

"I just hope I get back to London to do them before I’m supposed to be at the church!"