Matt Ford was forced to travel through Turkey and Ethiopia in order to get home and see his family. 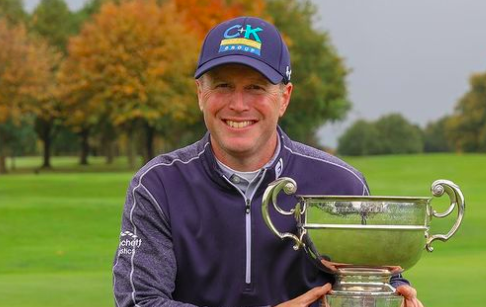 The DP World Tour has got off to a chaotic start in South Africa and Matt Ford was one of many golfers to experience confusion in trying to get home to the UK.

Ford shot a 75 in the first round of the Joburg Open but he was one of many players from England and Ireland to withdraw once the news of the new Covid-19 variant in the country filtered through.

The 43-year-old was preparing to recover from his disappointing first round at Randpark, but he received an alarming knock on his door at 7.30 am on Friday.

Ford wanted to get home to his family, but his travel was complicated. He had to book "extortionately priced" flights through Ethiopia and Turkey to get home.

The Englishman was then driven to a PCR testing centre in Johannesburg. He packed his bags and arrived at the airport, where he faced "endless paperwork and hoops made to jump through."

Ford was aiming to get home before the 4 am deadline on Sunday morning, so he didn't have to isolate in a hotel, but he is still required to quarantine for 10 days.

This made Ford ponder what to do in terms of rushing to his family, as they would also be forced to isolate. He is now into his second day of isolation.

And to add insult to injury, he is still waiting for his luggage to be found. This was another problem that was caused by the travel confusion.

"I made a decision I needed to be as close to my family as soon as I can, as these rules will just keep changing!" Ford wrote on Twitter.

"30 hours after that banging on the hotel room in South Africa, I was in Kent baggage less, sleepless and ££££ down but pleased.

"I do love my job but moments like this make you wonder! Being able to see my family through a window is a lot harder than I thought. But those first hugs will be amazing!"