According to Marine Traffic, his yacht set sail earlier in the month and is now in the Bahamas. 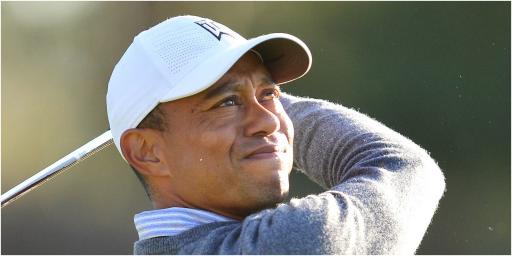 Tiger Woods' yacht is reportedly moored in the Bahamas, prompting speculation he will speak in public for the first time since his car crash.

The yacht, named Privacy, reportedly left Florida at the start of the month according to Marine Traffic, and is currently moored in Albany.

Obviously, we don't know who is on board. Locals have reportedly been taking pictures of it ahead of the Hero World Challenge.

He is the tournament host this week and will command all the attention if he turns up.

Tiger Woods' $20 million yacht is already docked near Bethpage Black, patiently awaiting the arrival of the 15-time major champ ahead of the PGA Championship. https://t.co/5y1y1Lpr0x pic.twitter.com/vWBAnKlOfu

The golf world was sent into a frenzy when he posted a 3-second clip hitting what looked like a 7-iron at Medalist Golf Club in Florida.

Woods has reportedly sent his yacht to tournament locations before and then flown there.

Examples of this include the 2018 U.S. Open and a year later at the PGA Championship at Bethpage Black.

It would be strange for Woods to send his yacht all the way there and not attend.

The players are excited. Justin Thomas posted on social media how much he loved seeing Woods swing again.

The PGA Tour have not yet confirmed any public media duties for Woods.