Daniel Gavins came from seven shots behind in the final round at Galgorm Castle to secure his first win on the European Tour. 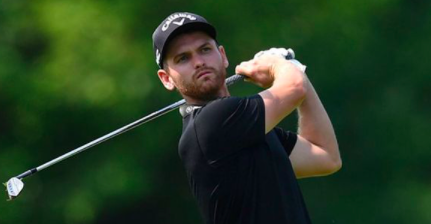 Daniel Gavins rallied in the final round of the ISPS HANDA World Invitational to win his first European Tour title at Galgorm Castle in Northern Ireland.

Gavins began the last day seven shots behind Jordan Smith on 8-under-par, but the Englishman came straight out of the traps with three birdies in his opening six holes.

The World No. 453 added crucial birdies on the 13th and 16th holes to reach 13-under-par for the tournament. David Horsey had been two shots ahead of Gavins on 15-under-par, but a double-bogey on the 13th hole blew the competition wide open.

Gavins, who holed over 200 feet in putts in the final round, completed his score of 65 to finish with the clubhouse lead on 13-under-par, waiting to see if Smith or Horsey could match his score.

Smith, unfortunately, played his back nine in 3-over-par, while Horsey could only manage a bogey on his 72nd hole, which gifted Gavins his maiden European Tour title.

"I can't believe it. I was seven behind going into the last round," said Gavins.

"I felt like I would just play a solid round and - I'm speechless! I don't really know what to say. I was a little nervous before, but yeah I just tried to shoot as low as I could today.

"At seven behind, I didn't really think I was within a chance of winning, so there may have been a bit less pressure there - I just can't believe it, it hasn't sunk in and it will take a while to sink in I think."

In the women's event, Pajaree Anannarukarn came out on top in a two-hole playoff against the American Emma Talley to win her first-career LPGA Tour title.

Despite making a triple-bogey on the par-4 6th hole, Anannarukarn battled back with four birdies to reach 16-under-par alongside Talley, who also carded a 70 in the final round at Galgorm Castle.

Both players made par on the first playoff hole and so they played the 18th hole again, and it was then that the star from Thailand rolled in her putt for par which was enough for victory.

Charley Hull failed to make any inroads in the final round after carding a 73 to finish in a tie for 17th place, while Georgia Hall finished on a 9-under-par total in tied 14th place.