Rory McIlroy described the Memorial Tournament and the RBC Canadian Open as "proper golf tournaments" as opposed to the first event of the LIV Golf Invitational Series. 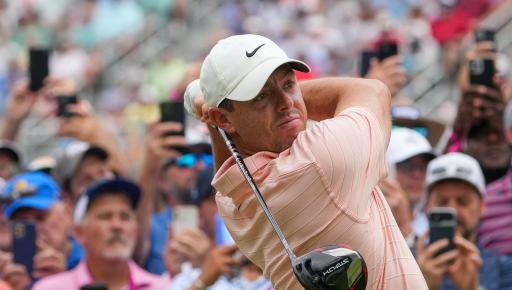 Rory McIlroy described the field for the first event of the LIV Golf Invitational Series as "nothing to jump up and down about" when compared to the PGA Tour.

McIlroy admitted some of his close friends have signed up for the event on June 9 at Centurion Golf Club near London, potentially referring to previous Ryder Cup teammates in Sergio Garcia and Ian Poulter.

On May 24, the Northern Irishman posted a video on his Instagram page of his commitment to the RBC Canadian Open, an event he won in 2019. This is being played in the same week as the first LIV Golf tournament.

Speaking to the media on Wednesday at the Memorial Tournament, McIlroy said he played golf for money at the beginning of his career, but his outlook has very much changed four major wins and 20 PGA Tour wins later.

"I certainly don't think they should drop the hammer. Look, they are well within their rights to enforce the rules and regulations that have been set," McIlroy said of the PGA Tour.

Related: LIV Golf Invitational Series: EVERYTHING you need to know...

"It's going to end up being an argument about what those rules and regulations are. I have some very close friends that are playing in this event in London, and I certainly wouldn't want to stand in their way, for them to do what they feel is right for themselves.

"It's not something that I would do personally. But I certainly understand why some of the guys have gone, and it's something that we are all just going to keep an eye on and see what happens over these next few weeks.

McIlroy told one reporter that after earning his first significant paychecks on tour, he bought a house for $600,000 which his parents now use.

Honesty is always guaranteed with McIlroy. He is making just his ninth appearance on tour in 2022 this week at Muirfield Village in Ohio.

The 33-year-old was one of the first players to pledge his allegiance to the PGA Tour. Dustin Johnson did the same with a public statement in February, but he was announced as the headline name in the first LIV Golf event.